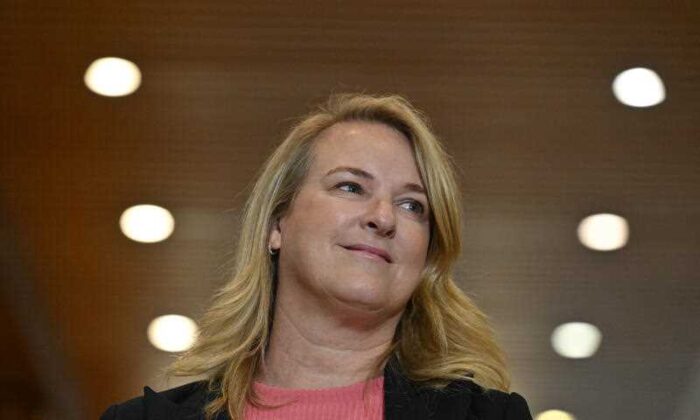 An Australian parliamentarian backed by a major climate activist group has confirmed that she owns shares in oil and gas producers, refiners, and a toll road operator.

As fossil fuel shares remain strong amidst the Russian-Ukraine war, “teal” Independent MP Kylea Tink revealed in a statement of interests filed to parliament that she holds shares in Beach Energy Ltd, Viva Energy Group Ltd, and Transurban group, according to reports by News Corp.

Beach Energy Ltd has A$765 million in liquidity, produces gas and oil from five basins across Australia and is a key supplier to the Australian East Coast market, according to the company’s 2022 annual report.

Viva Energy Group Ltd said on its website that the oil supplier and distributor delivers around a quarter of all Australia’s fuel products, has an extensive network of around 1,300 service stations across the country and has A$5.76 billion in revenue.

Meanwhile, Transurban group, one of the world’s largest toll-road operators with A$2.16 billion in revenue, builds and operates toll roads in Australia, America and Canada.

Tink, who is sponsored by lobby group Climate 200, has called for stronger emissions targets in her recent speech at the parliament to support Prime Minister Anthony Albanese’s climate bill.

The North Sydney federal member said that Australia needs “a clear and ­actionable plan to reduce national emissions, guided by experts, to achieve at least 60 percent [reductions] by 2030.”

“This is the critical decade for climate ­action.”

“The decision made in the next three years will fundamentally affect our children’s and their children’s future.”

MP Claims to be Shareholder Activist

In a media release on Monday, Tink called the decision to hold shares in oil and gas companies and a toll road operator part of “shareholder activism.”

“I was looking at ways I could make change across the environmental space”, she wrote.

“I purchased small shareholdings in a number of companies where I felt shareholder activism may be a way to both better understand the entities involved and potentially exert pressure from within to drive in reform.”

“The small amount of dividends I have received in the last 12 months were donated back into renewable energy campaigns or emissions offsetting.”

However, the North Sydney MP has yet to disclose any holdings in renewable energy companies.

Tink is not the first Climate 200-backed candidate who was revealed to have financial ties with fossil fuel companies.

In February 2022, independent MP Zali Steggall defended having taken a A$100,000 donation from the family of coal millionaire John Kinghorn.

Some candidates bankrolled by Climate 200 who have won seats include Allegra Spender, Monique Ryan, and Zoe Daniel. The activist group is founded by businessman and climate philanthropist Holmes à Court, son of Australia’s first billionaire.