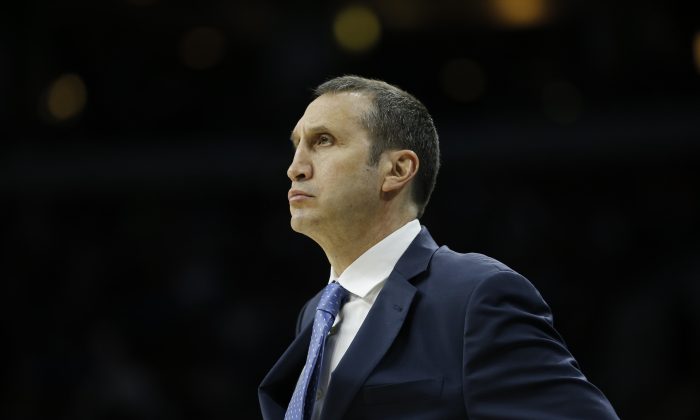 The Cleveland Cavaliers have fired second-year head coach David Blatt despite being first-place in the Eastern Conference with a 30-11 record.

The Cavs have won 11 of their past 13 games, but suffered blowout losses to the San Antonio Spurs and Golden State Warriors. At this point, odds are the Cavs will face one of those two teams in the NBA finals.

Sources told Yahoo, which first reported the news, that LeBron James and his agent Rich Paul have been strong advocates of Lue becoming head coach since last season.

But according to ESPN, LeBron was merely “informed” of the decision as opposed to being behind it.

Gilbert is mad. What is the rush in giving Lue a multi year deal before he’s ever coached a game?

Since 2000, Byron Scott is the only HC fired mid-season after leading a team to the NBA Finals the previous year. David Blatt now joins him.

“James’ fondness for Ty Lue and his desire to be coached by a former player were well known in the organization. As were issues with Blatt,” noted Brian Windhorst, who regularly reports on LeBron.

“Despite positive comments publicly, there had been unrest growing in Cavs locker room. Frankly, it had been there since almost day one.”

“The issues in Cleveland with Blatt ran deep and weren’t just with LeBron, though James obviously didn’t connect with him,” added David Aldridge of TNT.

Blatt originally agreed to coach the Cavs before LeBron’s decision to return from the Miami Heat as a free agent. The pair had noted difficulties last season but were able to put them aside and make it to the NBA Finals before being beaten by the Warriors.