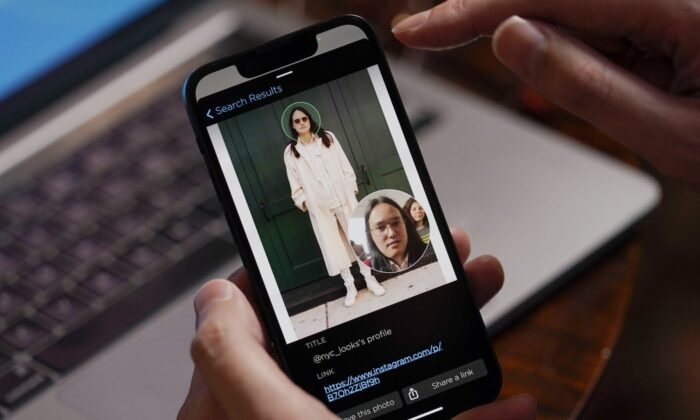 The Information Commissioner’s Office (ICO) has handed a large fine to the facial recognition company Clearview AI for using images of UK people scraped from the web and social media to create a gigantic search engine for faces.

The watchdog wrote in a statement on Monday that the company had breached UK data protection laws.

The ICO wrote that Clearview AI collected more than 20 billion images of people’s faces and data from publicly available information on the Internet and social media platforms all over the world to create an online database. It added that people were not informed that their images were being collected or used in this way.

Clearview AI’s technology allows for the collection of huge numbers of images from various sources that can help police forces, financial institutions, and other clients identify people.In March, Ukraine’s defense minister said the country was using Clearview AI to identify Russian assailants and the dead.

Watchdogs in other countries have also fined the company over collecting and processing people’s data, including France, Australia and Italy.

“Given the high number of UK Internet and social media users, Clearview AI Inc.’s database is likely to include a substantial amount of data from UK residents, which has been gathered without their knowledge. Although Clearview AI Inc. no longer offers its services to UK organisations, the company has customers in other countries, so the company is still using personal data of UK residents,” the ICO said.

John Edwards, UK information commissioner, said that Clearview AI not only “enables identification of those people, but effectively monitors their behaviour and offers it as a commercial service.”

“That is unacceptable. That is why we have acted to protect people in the UK by both fining the company and issuing an enforcement notice,” he said.

“People expect that their personal information will be respected, regardless of where in the world their data is being used. That is why global companies need international enforcement. Working with colleagues around the world helped us take this action and protect people from such intrusive activity,” added Edwards.

Edwards said that this “international cooperation is essential to protect people’s privacy rights in 2022” and that means “working with regulators in other countries, as we did in this case with our Australian colleagues,” adding that he is collaborating and working with European regulators to tackle global privacy harms.

Clearview AI Chief Executive Hoan Ton-That told the BBC that he was “deeply disappointed that the UK information commissioner has misinterpreted my technology and intentions.”

“We collect only public data from the open Internet and comply with all standards of privacy and law. I am disheartened by the misinterpretation of Clearview AI’s technology to society,” Ton-That said.