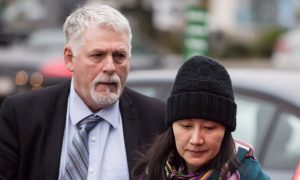 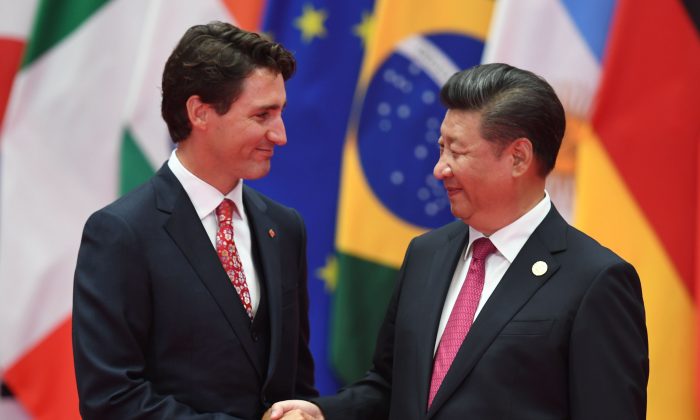 Jonathan Manthorpe’s “Claws of the Panda: Beijing’s Campaign of Influence and Intimidation in Canada” is a comprehensive exposé of just how deeply Beijing’s influence has penetrated Canadian political, corporate, and civilian life.

It is a cautionary tale of engaging with foreign powers who do not embrace the rule of law. In light of the Huawei controversy and China’s subsequent detention of Canadians Michael Kovrig and Michael Spavor, “Claws of the Panda” is a more urgent read than Manthorpe could have predicted when he began writing.

Throughout the book, Manthorpe deftly unravels the numerous threads that bind the two countries while identifying the key players and events that shaped and pivoted Canada’s relationship with China.

The book is alarming in its revelations of China’s encroachment on Canadian sovereignty. A pragmatist, Manthorpe doesn’t prescribe disengagement but rather an eyes-wide-open, revamped approach to the Beijing regime. He levels few accusations and avoids indulging in embellishments; the facts speak so strongly for themselves that there is no need for exaggeration.

Manthorpe asserts that China regards its relationship with other countries as a unilateral arrangement where it can obtain information and gain influence without absorbing ideas and philosophies that could undermine its one-party state. It is important to realize that under the Chinese Communist Party (CCP), the country’s policies are guided by a Marxist political philosophy inherited from the Soviet Union that is incompatible with the West on many fronts.

By playing the long game, China operates on a much different timeline than Western countries that rely on democratic elections. This has allowed Beijing to slowly and imperceptibly erode Canadian sovereignty. To achieve this, the regime developed complex and diverse tactics of influence.

In furthering its foreign and domestic aims, the CCP relies on the multi-layered United Front Work Department. This department manages relations with various social, commercial, and academic organizations inside and outside China with the aim of garnering Party support and furthering the regime’s ambitions. Manthorpe points to the United Front as an example of China’s ability to administer disparate policies and initiatives under one umbrella.

One of the more concerning aspects of foreign influence is the CCP’s intimidation of what it refers to as the “five poisons”: Tibetan and Xinjiang activism, Taiwan independence, the Falun Gong spiritual practice, and the Chinese democracy movement. There are well-documented cases of cyberattacks, harassment, hate propaganda, intimidation of relatives in China, and more, against these groups. The CCP has put a high priority on controlling the thoughts and actions of the 1.56 million Chinese living in Canada.

Canada’s first real engagement with China began in the 1880’s when thousands of Chinese settled in British Columbia to chase the fruits of the Fraser River Gold Rush. It was in Barkerville that the first Chinese-Canadian community came into being.

At the same time, hundreds of Christian missionaries from Canada travelled to China, settling there and establishing roots throughout the 1900s. Manthorpe makes the claim that the children of these missionaries, the so-called “Mish Kids,” played a key role in establishing public support for the early recognition of the People’s Republic of China.

Manthorpe follows the development of Sino-Canadian relations through each successive Canadian government, identifying important policy decisions and the critical role Canada played in China’s opening up to the rest of the world.

In 1950, the Korean War essentially placed Canada at war with China and prevented Canada from officially recognizing the People’s Republic of China. However, when China arrived at Canada’s door in need of grain due to famine and mass starvation, Canada obliged, becoming one of the first countries to trade with the newly minted communist regime.

Diplomatic relations with China were formally established in 1970 under then-Prime Minister Pierre Trudeau. Taiwan’s status was a key stumbling block as both the United Nations and the United States held to a “one-China, one-Taiwan” policy. In the end, Canada “took note” of China’s claim to Taiwan and recognized the Government of the People’s Republic of China as the sole legal government of China. These negotiated terms established the blueprint for other countries to follow suit.

The 1989 Tiananmen Square massacre did little to deter Canada’s willingness to engage with Beijing. Former prime minister Jean Chrétien continued to expand Canada’s interests in China, culminating in the multi-billion-dollar1994 Team Canada trade mission to China, which once again paved the way for Western re-engagement.

Gone was the missionary goal of social reform. In its place was a commercial relationship that would define diplomacy for the decades to follow.

Suspicions about Beijing’s influence in Canada have been growing for decades and Manthorpe levies justifiable criticism at the downplaying of these concerns by generations of politicians intoxicated by trade and economic benefit, while hindered by naivety and goodwill toward a regime they fail to understand.

Manthorpe makes the point that the lines between, “friend of China,” “agent of influence,” and “espionage agent” are difficult to distinguish. In Canada, “friendship” symbolizes a relationship of mutual benefit. For Beijing, however, the title “friend of China” refers only to those willing to work toward the regime’s ends.

Among the methods of influence used by the CCP, Manthorpe points to the Party’s domination of Chinese-language journalism in Canada, which it uses as a form of thought control to tilt public opinion in its favour. In the same vein, the regime’s infiltration of Canadian colleges and universities through organizations like the Chinese Student and Scholar Association play a crucial role in monitoring and controlling the activities of Chinese students studying abroad. The regime also uses universities as an access point to economic and military technologies, and the takeover of key energy sector and tech companies plays into the same strategy.

The book bluntly characterizes the Canadian real estate market as a money-laundering haven for China’s wealthy and paints Canada’s casino industry with the same brush.

Manthorpe presciently sounds the Huawei alarm and rightly expresses concern over the company’s ties to the CCP and the cybersecurity implications of its technology. Huawei has been investing large sums of its massive research and development budget in Canada, subsidized further by millions of dollars in Canadian grants.

Manthorpe is highly critical of Canada’s Immigrant Investor Program that allowed wealthy Hong  Kong investors to gain citizenship while avoiding taxes and doing little for the country’s economy. Abuse of the program brought an influx of Triad gang leaders, tax evasion, and dirty money. To him, this was another example of how the Canadian establishment, intoxicated with the promise of wealth, ignored the immorality at the root of the influx of capital.

Although Canada was the first country to open its doors to China in the 1970s and was the first to re-engage China in a meaningful way after the Tiananmen massacre, its importance in the eyes of the CCP has declined in the decades since. In the 1970s, Canada was China’s 4th-largest trading partner; in 2016 it was 21st. Canada can no longer overestimate its importance to Beijing.

Twenty-five years in the making, “Claws of the Panda” is a relevant read at a time when the Canadian government is facing tough decisions over China policy. China’s continued violation of human rights and the fallout from the Huawei issue have made it clear that the status quo is no longer viable. The dragon has reared its ugly head and Canada must decide how much of its moral fibre it is willing to compromise for financial gain.

Those looking for a path forward would do well to read Manthorpe’s book. He offers straightforward advice and stresses that decisive action is necessary to protect Canada’s already eroded sovereignty.

Manthorpe states clearly that Canada has no hope of changing China with the CCP in power, but that China is changing Canada in measurable ways—and not for the better.

He doesn’t see a free trade deal with China as beneficial. He makes the point that a free trade agreement with a regime that doesn’t accept fair arbitration will be a one-sided failure. Add to that the demands from Beijing that Ottawa sign an extradition treaty with China. If that happens, the result will see Canada compromising more of its civic values.

Manthorpe calls for clearly identifying and articulating China’s intrusions on Canadian sovereignty as well as publicly criticizing the CCP on key issues like Tibet, Taiwan, human rights, and imperial expansion in the South China Sea.

Canada is just beginning to wake from its slumber and fully realizing that its naive approach to China relations has done little to foster the type of reciprocal relationship law-abiding countries work toward. It is late in the game but the strong and principled action Manthorpe call for is Canada’s best path forward—even if it comes at the cost of short-term financial gain.