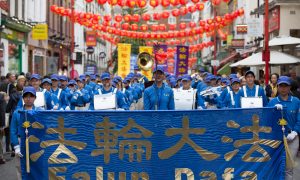 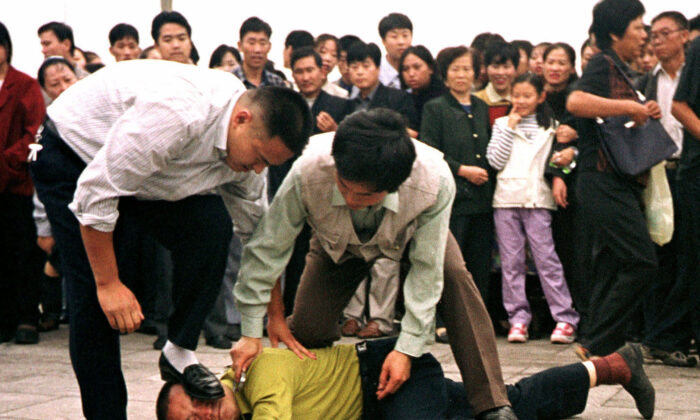 The Epoch Times recently obtained a top secret state document issued 20 years ago, which confirms that the Chinese Communist Party (CCP) has been abusing the judicial system and manipulating the country’s security apparatus to commit genocide against Falun Gong adherents. The publication also interviewed two Chinese lawyers who believe the persecution has no legal basis.

Falun Gong, also known as Falun Dafa, is a spiritual meditation practice that focuses on the universal values of truthfulness, compassion, and tolerance. Former CCP leader Jiang Zemin launched a persecution campaign against Falun Gong in July 1999 that still continues to this day. Falun Gong practitioners have been illegally detained, tortured, and murdered. The CCP’s state media and textbooks have also published propaganda vilifying the spiritual group as a dangerous “cult.”

The CCP’s systematic persecution of the practice and forced organ harvesting from Falun Gong practitioners have been documented and condemned by international organizations and foreign governments.

Titled “Opinions on Severely Cracking Down on the Illegal and Criminal Activities of the Falun Gong Heretical Organization by Law,” states that the “political and legal departments at all levels must resolutely implement” Jiang Zemin’s “important instructions to eradicate Falun Gong.”

It listed the names of Falun Gong practitioners, the criminal charges affixed to various Falun Gong activities, and the degrees of punishment.

For example, the document defines the activity of compiling, printing, and disseminating Falun Gong materials as “inciting subversion of state power,” citing the second paragraph of Article 105 of China’s Criminal Law (criminal code).

The charge of “defamation of Party and state leaders” applies to those who speak against the persecution, expose Falun Gong practitioners’ arbitrary arrest and inhumane treatment (e.g. beatings, forced labor, and brainwashing sessions at detention centers), and file lawsuits against authorities to hold them accountable for any harm done by the persecution. The person would be “convicted and punished according to Article 246 of the Criminal Law,” the document stated.

The document also claimed that the CCP’s handling of cases involving Falun Gong was “political, legal, and policy-oriented” and required “political and legal departments at all levels to cooperate closely under the unified leadership of the Party central committee.”

The Epoch Times spoke with two Chinese lawyers to get their expert opinion on the legality of the judicial opinion.

Liu Ping (alias) has defended many Falun Gong practitioners in mainland Chinese courts over the years. He said that although he had seen similar documents in the past, he was still shocked by the strong language targeting Falun Gong. “This is a war launched by the CCP against the Falun Gong community using state judicial power!” he said.

Liu further added that because the document shows that the regime mobilized its entire security apparatus to target Falun Gong, it is evidence that the CCP has committed genocide.

The International Criminal Court defines genocide as: “the specific intent to destroy in whole or in part a national, ethnic, racial or religious group by…causing serious bodily or mental harm to members of the group; [or] deliberately inflicting on the group conditions of life calculated to bring about its physical destruction in whole or in part.”

Chen Jiangang, a lawyer from mainland China who is currently living in the United States, had also represented many Falun Gong adherents when he was in China.

According to Liu’s analysis, the publication of this document by the five security-related departments is inherently illegal because they do not have the power to issue policies.

Chen said that the document is a “law enforcement opinion,” which is akin to the Party’s opinion. The document itself is not law, nor does it conform to the nature of judicial interpretation, he said.

“It is itself illegal from a legal perspective, and the document does not have any legal features or legal validity,” he said.

Chen pointed out that even the CCP regime itself has not promulgated any law to identify “Falun Gong” as a “heretical organization.” During the years that he defended Falun Gong practitioners, Chen had raised this point in court. And no prosecutor, judge, or police officer could ever provide a legal basis for defining Falun Gong as such an organization, he said.

Liu emphasized that the illegality of this document is that it is highly confidential and was not publicly announced.

“Documents of a legal nature must be publicly announced before they can take effect. The CCP concocts a secret ‘law’, so how can people comply with it? Therefore, this kind of ‘law’ is a shady means of persecution and shows its illegitimacy.”

Liu said that political and legal departments at all levels in China have likely internally quoted and relayed this secret judicial document.

Chen also commented on its classification: “It is a top secret document, which shows that the five departments that issued it are engaged in illegal and criminal activities that they don’t want people to know about.”

Chen pointed out that the wording and language of the document is reminiscent of Cultural Revolution-era terminology. Terms like “reactionary” and “strike” that appear throughout the document indicate that this is a political persecution against Falun Gong, he said. The Cultural Revolution (1966-1976) was a violent nationwide campaign launched by former leader Mao Zedong to crack down on “anti-revolutionaries” and led to numerous deaths.

“In both the issuance of this document and the persecution of Falun Gong that began in 1999, what is implemented is not the law, but Jiang Zemin’s personal will. In this document, the most frequently used keywords are ‘suppress’ and ‘crackdown.’ These words embody lawlessness,” Chen said.

The phrase “raising awareness and unifying law enforcement thoughts” also shows that “this judicial document is to solely implement Jiang Zemin’s individual will, which is the illegal persecution of Falun Gong launched by Jiang using the CCP system,” Chen emphasized.

Article 300 of the Criminal Law

Chen pointed out that in accordance with Article 300, there are at least four conditions that need to be met in order for practicing Falun Gong to constitute a crime.

1. The parties “use” an organization to “undermine” the law. Falun Gong practitioners do not engage in activities that meet this criteria and have nothing to do with “using any organization,” Chen said.

2. The group is a “heretical organization.” However, the CCP has never had any legal basis to identify Falun Gong as such.

3. The group is an organization that has fixed personnel and a clear division of labor. But in the case of Falun Gong, there is no organization or membership.

Chen said because none of these criteria are met, the CCP’s claim of “lawful” persecution of Falun Gong is based on an incorrect interpretation of the law.

Chen added that in order to determine a crime, there must be a law to define illegal and criminal activity, and the defendant’s behavior must be harmful to society. He said the Falun Gong practitioners he has met are peaceful and law-abiding.

“The more [Falun Gong] cases I handle, the more I understand the cruelty and the lawlessness of the CCP,” he said.

“The CCP violates its own laws. It is the CCP’s public security, procuratorate, and police that really impede and damage the implementation of law … They have faithfully carried out the instructions in this [classified] document … and brutally persecuted Falun Gong.”

Hong Ning and He Jian contributed to this report.