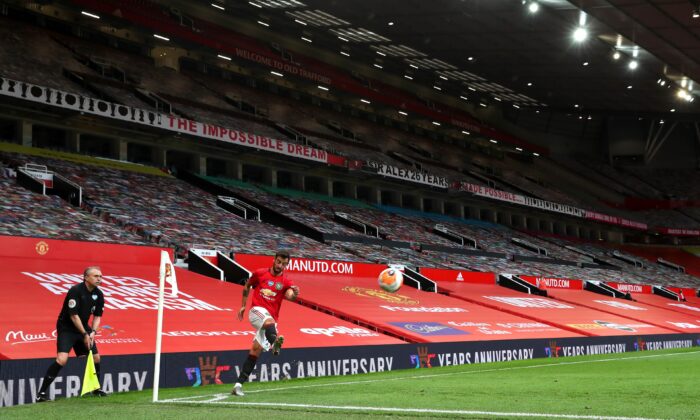 Class A Drug Users to Be Banned From Football Matches: UK Government

England and Wales’ Football Banning Orders (FBO) will be extended to cover Class A drugs, the UK government announced on Thursday as Prime Minister Boris Johnson vowed to clamp down on “middle-class coke heads.”

It means an individual found to be in possession of Class A drugs at or on the way to a football match will be banned from attending matches for three to five years on top of the other penalties they may face under the law, according to Crime and Policing Minister Kit Malthouse.

Under FBO rules, a fan banned from matches also has to surrender their passport if their team is playing overseas.

The move is part of a message that the government wants to send that “the casual use of Class A drugs is driving an enormous amount of demand, according to Malthouse.

He also said it’s the “start” of a series of measures to tackle the supply and demand of drugs.

In addition to the FBO extension, police forces will get a funding of £5 million ($6.24 million) to do more drug tests on arrest.

“Where there is reasonable suspicion that class A drugs have caused or contributed to the offending, police will be able to test in custody and break the cycle of drug-fuelled law-breaking,” the minister said.

The minister announced the measures on Thursday, when he was due to host a national drugs summit.

Writing in The Telegraph, Malthouse said almost 3,000 people in England and Wales died last year because of illegal drug use, more than the combined number of deaths “from all knife crime and road traffic accidents.”

Nearly half of all homicides, robbery, burglary, and theft, were also driven by drugs, according to the minister.

Commenting on the new policy, Johnson said recreational users are contributing to drug gang violence and other crimes.

“Middle-class coke heads should stop kidding themselves, their habit is feeding a war on our streets driving misery and crime across our country and beyond,” the prime minister said.

“That’s why we are stepping up our efforts to make sure those who break the law face the full consequences—because taking illegal drugs is never a victimless crime.”

FBOs were previously issued over behaviours and offences such as throwing missiles, pitch incursion, violent disorder, public disorder, alcohol offences, and other, which “includes racist or indecent chanting, ticket touting, possession of an offensive weapon, possession of pyrotechnics, breach of a banning order and criminal damage and or offences against the property.”