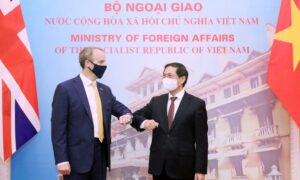 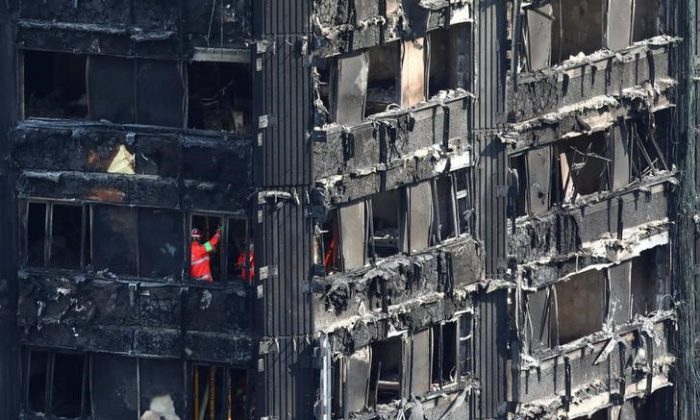 Members of the emergency services work inside burnt out remains of the Grenfell apartment tower in North Kensington, London, Britain on June 18, 2017. (Reuters/Neil Hall)
UK

The British government has confirmed that the cladding used on as many as 600 London apartment towers is flammable.

The cladding is the same sort used on Grenfell Tower, where a fire killed at least 79 people earlier this month.

The cladding was attached to Grenfell Tower as part of the building’s recent $11 million makeover. The cladding was supposed to cover the old, stained walls with bright new surfaces.

The cladding also contributed to the speed with which flames engulfed the building, trapping people in the upper half.

It turns out this type of cladding is common on apartment towers throughout the city.

British Prime Minister Theresa May spoke to Parliament about the issue of cladding and fire safety.

“All social landlords have been instructed to carry out additional fire safety checks on tower blocks and ensure the appropriate safety and response measures are in place,” she said. “This is being done in cooperation with local fire and rescue services. We’ve also taken steps to make private landlords aware and made our checking facilities available to them for free. The House should of course be careful on speculating what caused this fire, but as a precaution, the government has arranged to test cladding in all relevant tower blocks.”

Clair Stanway is a resident in the Chalcot building, which is being stripped of its flammable cladding.

“I was anxious, worried and nervous in the first place,” she said. “Now knowing that it’s the same, getting the confirmation that it’s the same, I feel … I don’t know. I just feel I don’t want to live here anymore, which is sad because I have lived here since I was 18 months old,” he said.

Prime Minister May said of the situation, “Landlords have a legal obligation to provide safe buildings and where they cannot do that, we expect alternative accommodation to be provided. We cannot and will not ask people to live in unsafe homes.”