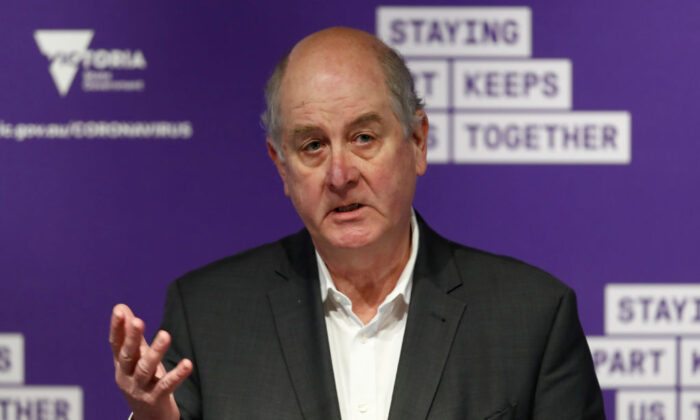 Victorian Minister for Housing Richard Wynne speaks to the media at the daily briefing on July 06, 2020 in Melbourne, Australia. (Darrian Traynor/Getty Images)
Australia

Cladding Ban on Buildings Has Come Into Effect in Victoria

A ban on high-risk cladding on new multi-storey buildings has come into effect in Victoria, with non-compliant builders facing fines of up to $400,000.

The ban applies to flammable aluminium composite panels and rendered expanded polystyrene being used as external wall cladding on all future developments.

Planning Minister Richard Wynne on Feb. 1 said the decision was based on expert advice, which found the materials could contribute to the spread of fire when installed incorrectly or misused.

“This ban will ensure new developments are built to the highest standard to keep Victorians safe while we continue to rectify existing buildings through our world-first cladding rectification program,” he said in a statement.

The materials will not be allowed for use on apartment blocks and other residential buildings such as hotels and aged care facilities with two or more storeys.

The ban also applies to office buildings, shopping centres and other retail premises, warehouses, factories and car parks with three or more storeys.

Wynne said the ban will result in a net economic benefit of approximately $1 million annually due to reduced insurance costs.

The Victorian Building Authority will enforce the ban, with penalties of up to $400,000 for significant breaches.

The Victorian government committed $600 million to remove dangerous cladding from about 500 high-risk buildings across the state following the Grenfell Tower fire that killed 72 people in London in 2017.