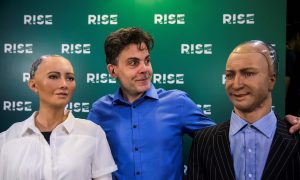 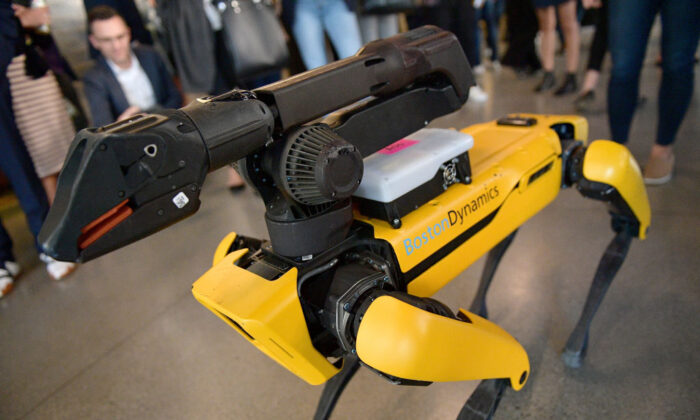 The state’s bomb squad loaned Spot from the company between August and November, according to documents obtained by the American Civil Liberties Union (ACLU) of Massachusetts.

A state police spokesman told WBUR that the team used the dog-like robot as a “mobile remote observation device,” meaning it approaches locations considered to be dangerous and provides images to troopers, much like other robots the department has used.

“Robot technology is a valuable tool for law enforcement because of its ability to provide situational awareness of potentially dangerous environments,” police spokesman David Procopio said in a statement.

Though Spot is a “general purpose” robot, Perry said he envisions it having multiple uses in a variety of industries, adding that the robot is not meant to be used in a way that could “physically harm or intimidate people.”

“Right now, our primary interest is sending the robot into situations where you want to collect information in an environment where it’s too dangerous to send a person, but not actually physically interacting with the space,” said Boston Dynamics vice president for business development Michael Perry, reported the radio station.

A video shows Spot opening a door using a mouth-like clamp attached to its long “neck,” then backing up and entering, with another robotic dog following behind.

Although robots have been used to assist police for a long time, civil rights advocates are casting doubts on their usage, and question about how much the new technology should be overseen, with some calling the robots “terrifying.”

“We need to have transparency and safeguards to ensure that law keeps pace with technology and technological innovations. This kind of technology shouldn’t be deployed in secret,” said executive director of ACLU Massachusetts Carol Rose, reported CNN.

“We need to have a robust public debate so we can set the protections and the boundaries where we can ensure that technology is used to enhance liberty and not to take it away,” she added.

Boston Dynamics says it is being selective with which companies can lease Spot, and are opting for a lease program that allows the company to take back the equipment if the lease is violated.

According to Boston Dynamics, Spot has 360-degree vision based on stereo cameras, which can help it avoid obstacles. The robot can also operate between temperatures of -4 to 113 degrees Fahrenheit and has an arm that can carry up to 30.8 pounds.