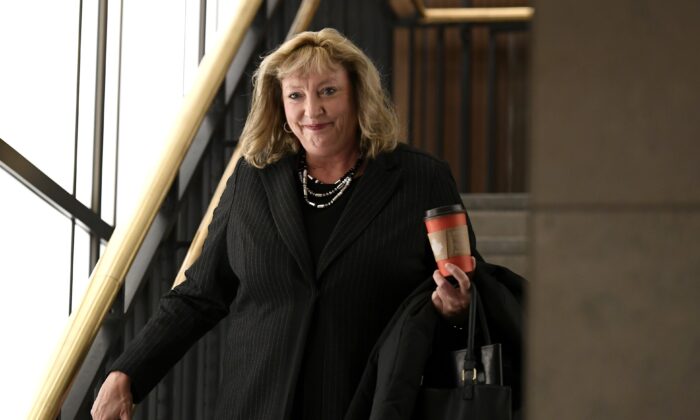 Conservative MP Marilyn Gladu says the “civil liberties caucus” that she and other Tory parliamentarians are forming is not a challenge to Erin O’Toole’s leadership, but rather a means to evaluate the impact of COVID-19 mandates on Canadian civil liberties.

“This is not about Erin O’Toole’s leadership. Has nothing to do with that,” Gladu said in an interview with The Canadian Press.

Gladu said the focus of the “civil liberties caucus” is to speak up for constituents who are or may be losing their jobs for choosing to not get a COVID-19 vaccine.

“It’s really hearing from our constituents and trying to figure out what we can do to bring those questions forward, get some answers, raise attention and awareness,” she said.

About 15 to 30 Conservative MPs and senators have expressed interest in joining the caucus, Gladu said. The group intends to function like a parliamentary committee that will call on legal or medical experts to speak at public meetings and offer possible solutions to Canadians concerned about the impacts of vaccine mandates on their civil liberties.

A Facebook page that would invite users to participate is also under consideration to provide updates of the group’s work, she said.

Gladu, who has represented the Ontario riding of Sarnia-Lambton since 2015, said the idea of forming the caucus came after she and some colleagues discussed concerns from constituents being fired from their jobs for refusing to be vaccinated.

“Other places like Quebec and Ontario [and] in the U.S., we’ve seen where people are providing rapid testing as a reasonable accommodation for people and I think that that is something that should have been considered.”

On Nov. 4, the Biden administration mandated companies with 100 or more employees to be fully vaccinated against COVID-19 or be tested at least once a week starting on Jan. 4, 2022.

Gladu said this approach still allows for the unvaccinated to remain employed.

“Notice they are not firing the unvaxed, they are using rapid tests as a reasonable accommodation. Canada should be taking this approach,” she said on Twitter on Nov. 4.

With files from The Canadian Press and Reuters.