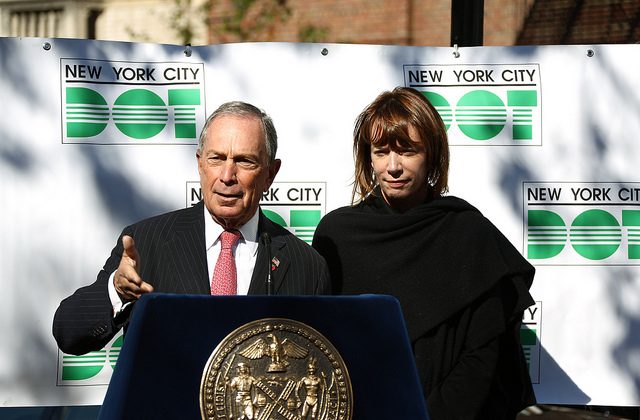 “With roughly a quarter-million street lights in our city, upgrading to more energy efficient lights is a large and necessary feat,” Bloomberg said in a statement.

“It will save taxpayers millions of dollars, move us closer to achieving our ambitious sustainability goals, and help us to continue reducing city government’s day-to-day costs and improving its operations.”

The move to greener bulbs is part of PlaNYC, which aims to reduce the city’s greenhouse gas emissions by 30 percent by 2017.

Phase one of the project will entail replacing 80,000 bulbs across the three boroughs and is expected to be complete by December 2015.

When fully installed, the initiative is expected to save the city approximately $6 million in energy costs and $8 million in maintenance per year.