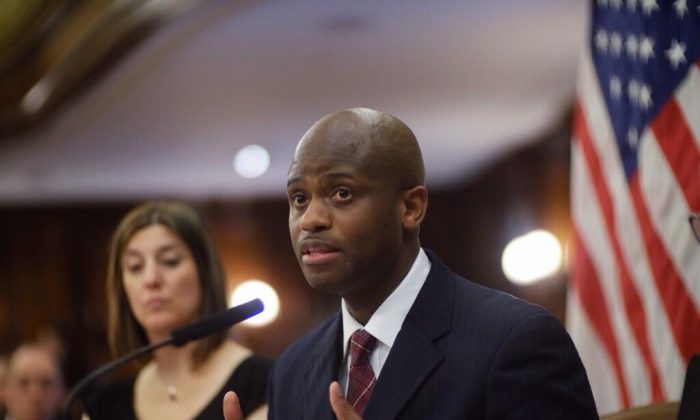 NEW YORK—Thousands of city families may have access to homelessness prevention subsidies not previously available to them under the programs outlined in the mayor’s executive budget.

The city’s Department of Homeless Services (DHS) is lobbying the state government to fund an $80 million rental subsidy program for families on the brink of homelessness, according to DHS Commissioner Gilbert Taylor.

At a City Council hearing Monday, Taylor discussed the city’s goals to help people stay in their homes through programs like rental subsidies.

The mayor’s executive budget already increased funding for prevention services by $12 million. That sum will enable the department to help some 5,000 families stay in their homes.

By recent city counts, over 53,000 people are sleeping in shelters. Less than 1 percent of shelter space is vacant.

“Our entries into shelters still outpace the number of exits from shelters every week,” Taylor said. “We have to do something that’s more substantial.”

The planned rental assistance program would help families with at least one member working over 35 hours a week and enable them to move out of shelters. The program would be equally funded by the city and state.

DHS is also hoping to partially fund the rental assistance program through savings from putting a cap on reimbursements paid to certain landlords.

Under the current cluster site program, which converts private apartments into temporary shelters, the city pays at least $3,000 per apartment to landlords every month. The expense is often necessary for larger units, but the city often pays above market-rate for shelter units.

The department wants to limit the reimbursement to $1,500 monthly and expects to save around $60 million, which would then be used as rental subsidies.

The agency has already started reaching out to landlords and realizes not all of them will continue to provide shelter units if the payments are capped, Taylor said, so they are working on creating a backup plan.