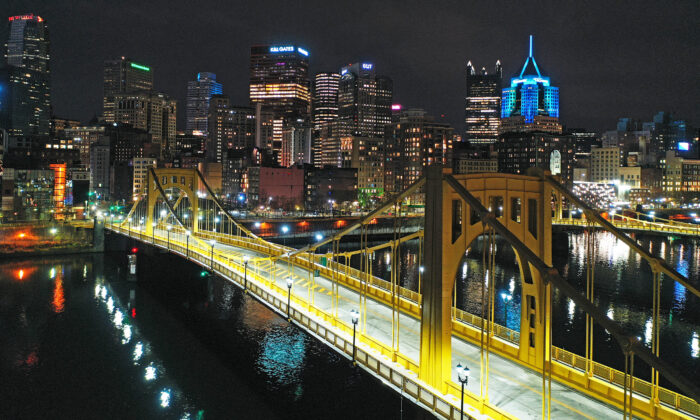 In the waning days of the COVID-19 pandemic, the city of Pittsburgh is cracking down on unvaccinated employees, telling them to get their COVID-19 shots or they can expect to lose their jobs, despite the fact that the police department is already dealing with a staffing crisis.

Employees in the Pittsburgh Bureau of Fire, the Bureau of Police, and building inspectors are among those who received letters in June 2022 warning that unvaccinated workers who were denied accommodation exemptions would start being suspended from their jobs as of June 15, and would face discharge by July 29.

In November 2021 under former Mayor Bill Peduto, a Democrat, Pittsburgh issued the vaccine mandate for city employees and gave them until Dec. 22, 2021, to request an exemption from the shots. Those who requested an exemption were given a questionnaire to fill out, and then they heard nothing.

It is unclear if Pittsburgh allowed any exemptions at all. Maria Montano, press secretary for the mayor’s office, did not respond to an email requesting information about the vaccine mandate, the number of exemption requests, and the potential impact on staffing numbers.

When reached by phone, Montano told The Epoch Times, “We have no comment to offer at this time.”

Worked for Months Without Shots

Unvaccinated workers kept working for six months from Dec. 22, 2021, until the June reprimand letters, and were surprised to learn vaccine mandates would now be so strictly enforced.

“We worked through the height of the pandemic without reservation. We continue to work, and we are happy to do it,” Amy Dice, a detective with the City of Pittsburgh Bureau of Police, told The Epoch Times.

Through conversations with other union members and social media groups, Dice said she estimates at least 200 police officers requested exemptions and could now be facing job loss, a move that would be devastating among the already understaffed force.

Dice requested a religious exemption from the vaccine mandate on Dec. 15, 2021.

“I truly believe that we are all made in the image of God,” she said. “I feel that being forced to inject my body with an experimental medicine is wrong. There’s something guttural within me that’s telling me something bad is going on. God has control over my body—this government doesn’t.”

Fighting for the Children

“I did not choose this job,” Dice said. “God chose this job for me. And God said the children are to be protected. I feel like my niche in life is to be a detective in the Special Victims Unit because that’s where I can do God’s plan.”

“We have had children who are brutalized, they are raped … and they have looked at me and they’ve asked me for help. They say, ‘Can you save me?’ And I always say, ‘Yes child, I can.’ So, by the city threatening my job the way that they are, they have started a religious war with us,” Dice said. “I will continue to fight for those children that need me, that are brutally beaten, that are sexually assaulted. When they have no one else left, who do they go to? They go to the police. We will stand up for them and we will fight for them. It is wrong what the city is doing.”

The city is putting citizens at risk, Dice says.

In addition to the roughly 200 police officers that Dice estimates will be fired, about 270 Bureau of Police employees are currently eligible for retirement, she says. There is likely some overlap between the two groups. But police are already working extra shifts, and those eligible to retire may be more likely to leave the job if they’re asked to cover the work of the many employees being fired over the mandate.

The police have about 850 sergeants and patrol officers, Dice said.

With the department already understaffed, fewer 911 calls get a live police response. Many calls go to the “Telephone Reporting Unit,” which handles issues on the phone that at one time would have been addressed by an officer responding in person.

No new officers have been hired in more than two years due to a hiring freeze prompted by the “Defund the Police” movement, a WPXI TV news report says.

A Right to Bodily Autonomy

Jeff Schott, a labor and civil rights attorney at the Scaringi Law Firm in Harrisburg, is representing Dice.

Schott says that in every case he’s heard of out of Pittsburgh, the city cites “workplace safety” as the reason for denial of religious exemption requests, even though data has established that the virus spreads among the vaccinated.

“The sick irony is that while claiming workplace safety as the basis for rejecting every exemption request without any individual consideration of the requests, the city is not only violating the law and potentially gutting the police force over its policy but is also jeopardizing the safety of its citizens who are experiencing an actual pandemic of criminal activity,” Schott told The Epoch Times. “Should the union’s efforts in negotiations fail, or should the city proceed with discipline as threatened, my client intends to seek an injunction on behalf of herself and all other affected employees who submitted sincere religious exemption requests.”

On June 24, the mayor posted a response on his Facebook page to the Supreme Court decision to overturn Roe v. Wade.

“Today’s ruling by the Supreme Court is an attack on the civil and human rights of our entire country. Abortion is healthcare and denying the right to bodily autonomy of women, trans men, non-binary, and disabled people in America is stripping them of their fundamental right to privacy,” he said. “We must ensure that people can make decisions about their bodies, their lives, and their futures and all of us must recommit ourselves to the work of making America more just and equal for everyone.”

In the post, Gainey calls for bodily autonomy for all, but Dice said that principle apparently doesn’t apply to her.

“I have to give up my righteous work that I believe God has put me to, if I’m not going to get a vaccine.”