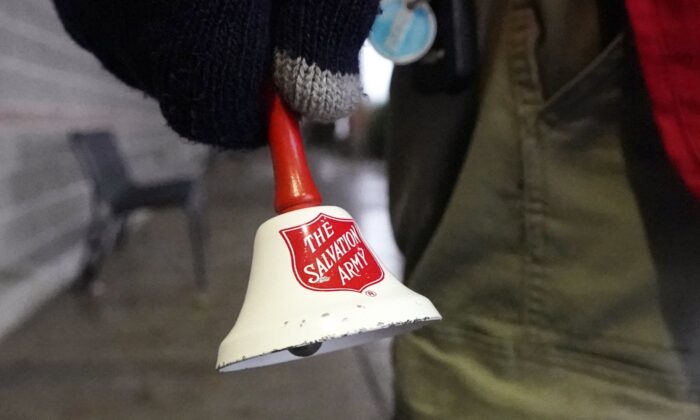 A Salvation Army bell is rung in front of a grocery store, in Lynden, Wash., Dec. 8, 2020. (The Canadian Press/AP/Elaine Thompson)
Canada

The City of Ottawa’s treasurer says the municipality has recovered more than half a million dollars it lost in a fraud scheme carried out against the local Salvation Army homeless shelter.

An earlier memo to city council revealed that $558,000 was lost after the Salvation Army Ottawa Booth Centre fell victim to an “illegal action.”

City staff noticed an irregularity related to a payment made to the shelter on April 11.

City treasurer Wendy Stephanson says the fraud was reported to police and the city’s bank.

She says the city immediately took legal action to recover the funds, which have now been fully returned.

The Salvation Army is co-operating with the police investigation, and the city has launched its own internal investigation into how the money was stolen.