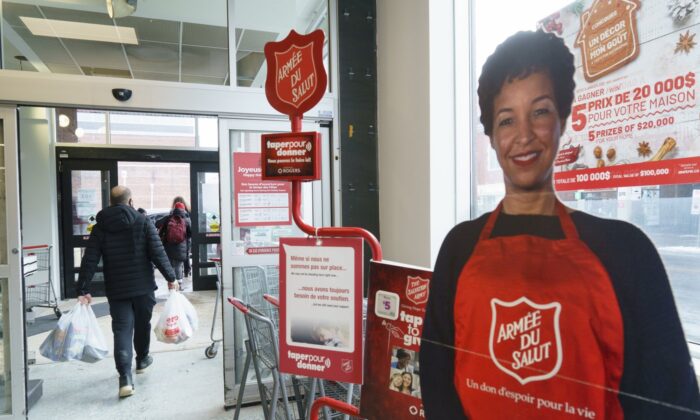 An automated donation stand for the Salvation Army is seen on the way out of a grocery store in Montreal, Dec. 21, 2020. (The Canadian Press/Paul Chiasson)
Canada

City of Ottawa Reclaims Some of the $558,000 Stolen in Fraud Scam

The City of Ottawa says it will reclaim at least some of the funds that were stolen after the local Salvation Army homeless shelter was targeted by fraudsters.

Last week, city treasurer Wendy Stephanson announced the city had been defrauded out of $558,000 after staff noticed an irregularity related to a payment made to a partner agency.

In a memo to councillors, Stephanson now says that partner agency is the Salvation Army Ottawa Booth Centre, a local homeless shelter that was the victim of “illegal action.”

The Salvation Army is co-operating with the police investigation.

The city has also launched its own internal investigation into how the money was stolen.