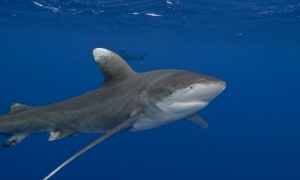 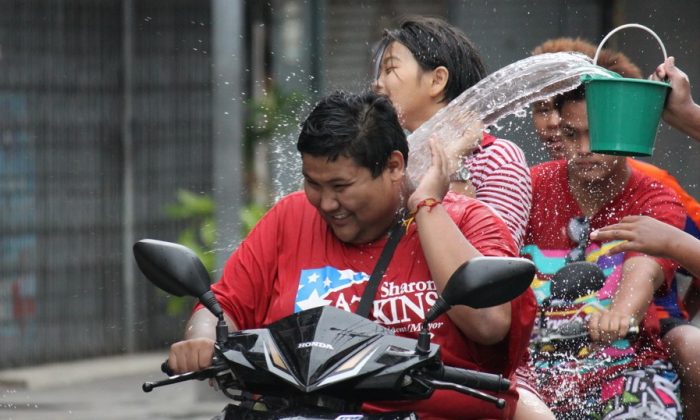 A motorcyclist and his passenger get a bucket full of water during this year’s roadside celebrations for Songkran (Thai New Year). Held during April 13-16, Songkran is Thailand’s biggest family orientated period of the year. (James Burke/The Epoch Times)
Asia & Pacific

Bangkok has made it through another Songkran festival (Thai New Year)—the four-day, all-out water fight celebrated in every village and metropolitan center across Thailand.

Across the Bangkok’s streets and neighborhoods groups gathered, armed with water guns, water buckets, or hands-full of gluggy chalk powder ready to smear on anyone driving or walking by.

The ambush is by no means one-sided. Roads are also clogged with pickup trucks loaded with people and water buckets—often filled with icy water— and water pistols returning any watery favors.

The nation-wide water fights have their origin in a tradition where the younger generation would pour scented water onto the hands of their elders who would in return offer blessings.

Held during April 13-16, Songkran is Thailand’s biggest family orientated period of the year. Derived from the Sanskrit language, “Songkran” means “passage” or “move into” and it refers to the position of the sun within the solar system.

At community gathering areas and temples, Buddhist shrines are decorated and are the center points of merit making ceremonies. The festival also coincides with downtime in rural areas at the end of the rice harvest.