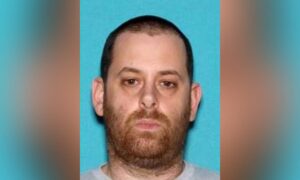 By Kristina Skorbach
Print
NEW YORK—The Anti-Defamation League (ADL) recognized high school students from across the five boroughs for their humanitarian work in schools. Fifteen schools were awarded with “No Place for Hate” banners for outstanding performance in promoting cultural diversity and peace in their facilities.

“Bullying is as big a crime as murder, on an emotional level,” said Markous Hanna, a student at Grover Cleveland High School in Queens.

Hanna explained that high school kids don’t usually think of bullying as a serious crime. When the teacher asked what constitutes a crime in his class, students mostly answered “war.”

Respect for all is most important, said the first speaker of the event Deputy Mayor Dennis Walcott, referring to his professional relationship with Council Speaker Christine Quinn.

Officials emphasized the significance of exemplary students as promoters of peace and leaders of activism among young members of the community.

Chancellor Joel I. Klein said, “We need to focus on how differences bind us together and not push us apart.”

Chairman Robert Jackson advised young students to travel the world and become knowledgeable about different cultures, which will help them to understand others better.

Schools qualified for the “No Place for Hate” banner if their students were able to create a club or a team to help tackle bias, complete at least three anti-bias activities and sign the resolution of respect.

Five schools received Gold Star banners for exceptional commitment. The Alexander Bodini Prize for Diversity was presented to one teacher and one student in recognition of their leadership. The award included a plaque and a $2,500 check for each recipient to use for further school or community projects.