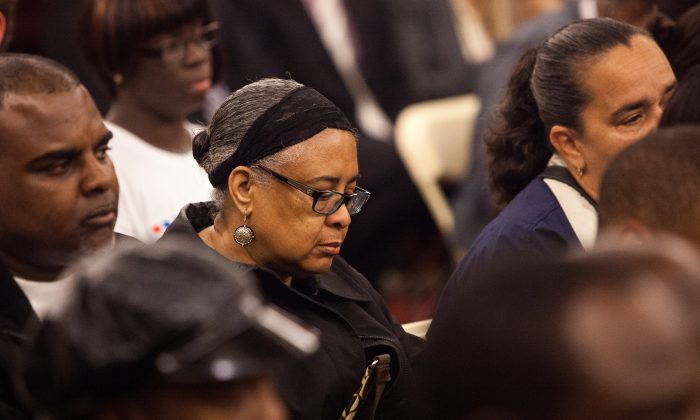 The bill is named after Avonte Oquendo, an autistic teen found dead three months after running out of school in October. It requires door alarms installed in all buildings housing elementary schools and schools for children with severe disabilities.

The Education Department (DOE) didn’t like the idea that the alarms would be mandated. Instead it would like to “maintain discretion” over where to use them, said Kathleen Grimm, deputy chancellor of operations, testifying before the council’s Education Committee.

Avonte’s grandmother Doris McCoy testified before the hearing in support of the legislation, which would have probably stopped her grandson from leaving the school, she said. She perceived a lack of urgency on the part of the DOE.

“It kind of feels like they’re not really that concerned,” she said.

Schools are usually locked for entry from outside, but must be left unlocked for exit from the inside. At least eight children walked out of their schools without notice this school year and “got stuck outside when the door locked behind them,” said Council member Robert Cornegy Jr.

“No one in the building saw, no one knew, no one went to check those doors and let those children back inside,” Cornergy said.

Some schools already use door alarms, but Grimm couldn’t say what their experience has been. “We don’t have any specific information as to that,” she said. She was able, though, to say why some schools don’t have them.

Some principals, Grimm said, refused door alarms because they would be triggered each time the doors are opened for mundane reasons. The alarms would also need to be deactivated during dismissals and other activities that require the doors to be open.

Another concern of DOE was that some autistic children may react to the alarm sound by panicking, possibly fleeing. McCoy said Avonte was sensitive to noise, but the alarm would have probably made him stop.

“I think you need to balance the cost and benefits and we’re talking about the lives of children here and that need to outweigh momentary sensory dis-regulation,” said Kim Mack Rosenberg, a mother of an autistic child and president of the New York Metro Chapter of the National Autism Association.

Grimm said the DOE has been reviewing and enhancing school safety procedures after Avotne’s disappearance.

About half of city public schools have security cameras. The number should increase by some 20 percent by the end of 2015, Grimm said. But that wasn’t enough for Cornegy. “Believe me, no one’s watching those monitors at all times,” he said. “Employees get occupied with other things.”

The city’s teachers’ union, United Federation of Teachers, proposed to expand the bill to include more training and protocol so school staff would know what to do when the alarms go off and how to deal with children with disabilities. The union also proposed to combine alarms with cameras so staff can check who set them off.

Cameras would also deter vandalism, one of the reasons why school door alarms failed when tried out in 43 high schools in early 1990s. If noise-sensitive students are in a building, the union recommends silent alarms remotely notifying personnel about which door has been opened.

While Grimm half acknowledged the bill saying the “door alarms may indeed be exactly what we need in certain circumstances,” Avonte’s grandmother is “definitely going to keep pushing” for the legislation, she told reporters after leaving the council chambers.