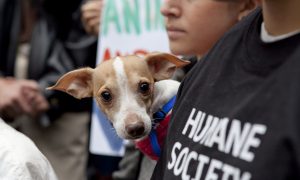 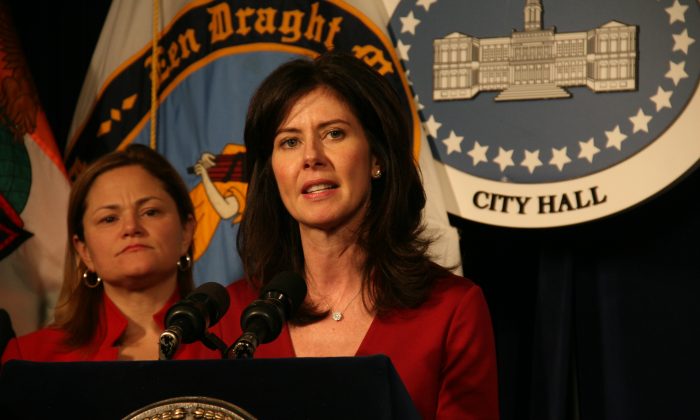 NEW YORK—As shoppers consider purchasing pets to gift their loved ones for the holidays, City Council members passed a package of bills Wednesday to regulate the breeding and sale of pets.

If signed into law by the mayor, the legislation will specifically target puppy mills, or commercial dog breeding facilities, and other unregulated breeders.

Last year, 30,000 animals were put in shelters, according to Council member Corey Johnson, a Democrat who represents parts of Manhattan. Often times pets are given up because their owners discover the animals to have congenital health problems that are too expensive to treat. Those problems originate from the way pets are breed.

“Today is about putting a stop to this dangerous pipeline,” said Johnson, who expressed his love of animals which came from an upbringing on a farm with 37 dalmatians and other animals.

One of the bills requires that pet shops purchase cats and dogs from federal approved breeders, and not from those who violate the Animal Welfare Act of 1966, which regulates transport and treatment. It would also require pet shops to obtain a health department permit. Those who failed to follow this legislation would pay a $500 fine.

This bill includes an unusual clause to forbid the sell of any rabbit.

“Rabbits reproduce…like rabbits,” explained council member Elizabeth Crowley, a Democrat who represents parts of Queens, saying that the shelter system has no room for them. “A lot of them are let into parks and often fall prey to larger animals.”

Another bill would require all cats and dogs sold in pet shops to be sterilized by a licensed veterinarian. It would also require people who want to buy dogs to first complete an application and pay a fee. Pet shops would be held accountable with a monthly report to the health department. A $500 fine would apply to those who violate this legislation as well.

The final bill would require cats and dogs to be implanted with microchips before being sold. The microchips would contain the purchaser’s contact information and increase accountability for how the pets are handled. Pet shops would have to maintain records of sales and microchip information for ten years.

The bills would prevent pets from falling “into the hands of those who would abuse them,” said Crowley.

Council members worked with the American Society for the Prevention of Cruelty to Animals (ASPCA) to create the bills.