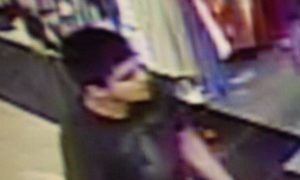 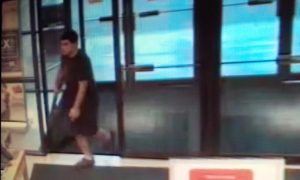 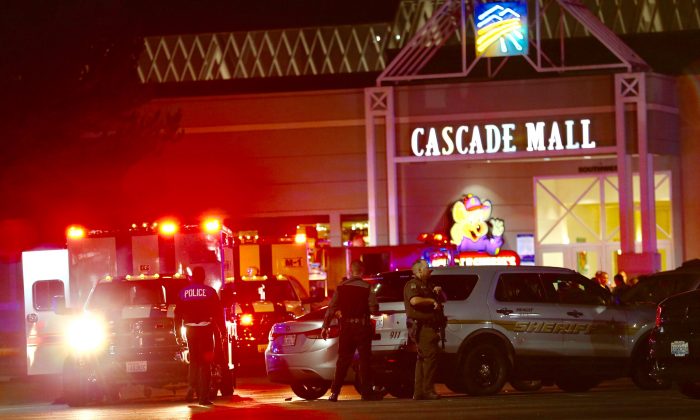 Law enforcement officers work at the crime scene outside of Cascade Mall in Burlington, Wash., where several people were fatally shot on Friday, Sept. 23, 2016. (Dean Rutz/The Seattle Times via AP)
US

BURLINGTON, Wash.—A gunman police said killed five people in a Washington state mall remained at large Saturday as authorities appealed for help in identifying the suspect but said there were no indications the slayings north of Seattle were a terrorist act.

People fled, customers hid in dressing rooms and employees locked the doors of nearby stores after gunshots rang out just after 7 p.m. Friday at the Cascade Mall in Burlington. A helicopter, search teams and K-9 units scoured the area for the gunman in a police response that included more than 200 officers.

The gunman entered the shopping center without a weapon, but 10 minutes later, went inside Macy’s with a rifle and opened fire, authorities said Saturday.

Authorities said that a weapon had been found at the scene. Mount Vernon Police Lt. Chris Cammock described it as a “hunting type” rifle. Cammock said officers are reconstructing the entire scene at the mall.

Authorities said four females, ranging in age from teens to seniors, died after the gunman opened fire in the makeup department of a Macy’s store. An adult male who was wounded in the shooting died early Saturday, officials said. His age was not given and no identifications of the victims were released

Police said they were looking for a man dressed in black and last seen walking toward Interstate 5. The description, including that he appeared to be Hispanic, was based on statements from witnesses, said Given Kutz, a spokesman for the Skagit County Emergency Operations Center.

“We do not have an identity on the individual yet,” Cammock said. “We could certainly use the community’s help.”

Authorities said the motive was unknown for the shooting about 60 miles (97 kilometers) north of Seattle.

The FBI was assisting local authorities, but Michael Knutson, assistant special agent in charge of the Seattle FBI, said there was no evidence to point to terrorism.

Stephanie Bose, an assistant general manager at Johnny Carino’s Italian restaurant near the Macy’s store at the mall, said she immediately locked the doors after hearing about the shooting from an employee’s boyfriend.

“He was trying to go to the mall and people were screaming,” she told The Associated Press. “It was frantic.”

She said he could see police at the doors with assault rifles.

It took hours for teams to search the 434,000-square-foot (40,000-square-meter) mall late Friday night. They escorted shoppers and workers who had sheltered in place outside.

“It took several hundred to do that…clearing every room, to make sure the suspect wasn’t still on the scene,” Cammock said.

Joanne Burkholder, 19, was watching the movie “The Magnificent Seven” in a theater at the mall when police and security came in and said they needed to evacuate.

She said she heard screaming as they were escorted out into the parking lot.

“I’ve never been so terrified in my life,” she said.

The parking lot was closed and emergency management officials told people they would be able to retrieve vehicles Saturday, though the mall said it would be closed for the day.

Maria Elena Vasquez of Burlington attended a community gathering Saturday following the slayings. She said “it’s nerve-wracking” and she’s nervous about taking her 7-year-old daughter to her soccer game.

“I’m nervous. I don’t know if we’ll be going back there. It’s too scary,” she said referring to the mall. “It’s too close to home.”

Burlington is a city of about 8,000 people, but its population swells to several times that as people visit the mall and area outlet stores during the week.

“We urge residents to heed all safety and detour warnings. Stay close to your friends and loved ones as we await more information and, hopefully, news of the suspect’s capture,” Inslee said in a statement.

The Cascade Mall is an enclosed shopping mall that opened in 1990. It features J.C. Penney, TJ Maxx, and Macy’s stores, among other stores, restaurants and a movie theater.

On Sept. 17, a man stabbed 10 people at a Minnesota mall before being shot and killed by an off-duty police officer. Authorities say Dahir Ahmed Adan, 20, stabbed the people at the Crossroads Center in St. Cloud, Minnesota.