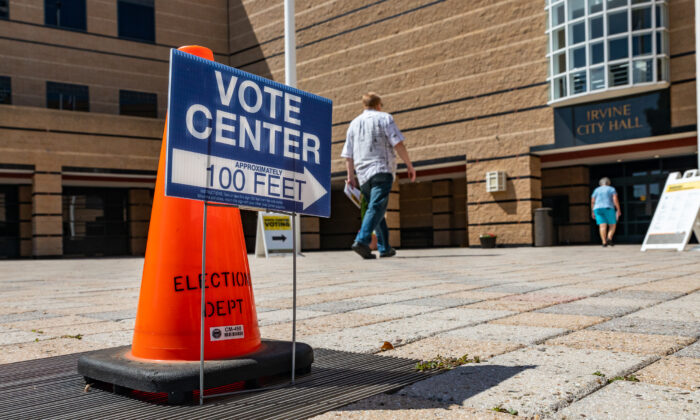 The non-profit group Citizens United filed lawsuits on Aug. 17 against the U.S. Department of the Interior and Department of State over their failure to provide records related to President Joe Biden’s Promoting Access to Voting executive order, the Federalist has learned.

The two agencies were accused of violating the Freedom of Information Act (FOIA). The lawsuit came approximately two months after the group lodged the related request in June.

The appeal sought any emails or text messages to and from the two agencies mentioning the Promoting Access to Voting executive order and the Hatch Act, which limits certain political activities of federal employees, according to the complaints.

In March 2021, Biden signed Executive Order 14019, titled “Promoting Access to Voting,” in a bid to “leverage the resources of the federal government to increase access to voter registration services and information about voting,” according to a White House statement.

The stated goal of the executive order is to remove obstacles to voting for service members, people with disabilities, and Native Americans. The measure also directs federal agencies to expand time off policies to allow federal workers to vote and volunteer as poll workers.

However, Citizens United President David Bossie said the administration’s move “politicizes the federal workforce.” He called it “a blatant abuse of power that needs much more transparency.”

“The Biden Administration may have violated the Hatch Act and these records should provide the answer,” Bossie told The Federalist.

“This issue deserves far more transparency and that’s why we’re demanding these records be released to the American people,” he explained.

The order, which has been dubbed an “election takeover” by conservatives, has sparked concern that it is an effort to drive Democrat voter registration and turnout, swinging elections in favor of Democrats as the 2022 Midterm elections approach.

“Biden’s executive order pushing federal agencies to engage in electioneering on the taxpayers’ dime is inherently partisan and wrong,” Budd said on Twitter.

“President Biden has no business turning federal agencies into partisan voting operations for Democrats. It’s unconstitutional and would further undermine confidence in the integrity of our elections. I am standing up today to put an end to this overreaching effort,” Tenney said in a statement.

Meanwhile, other government watchdogs, including the Foundation for Government Accountability, the American Accountability Foundation, and the Center for Renewing America have all joined in the legal challenge against the Biden administration for failing to comply with FOIA requests in relation to the executive order.

In response to a complaint filed by the Foundation for Government Accountability in July, a federal district court ruled that the Department of Justice must hand over documents related to the executive order before the 2022 midterms.