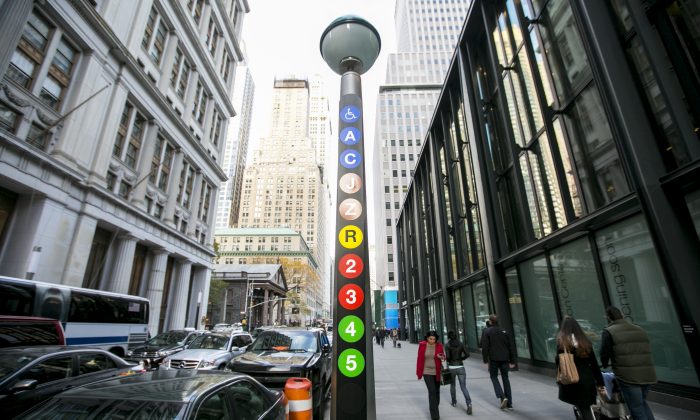 The truth is that despite all the funding and planning and reports, NYC subway stations never reach a state of good repair. Considering that the Metropolitan Transportation Authority (MTA) is drenched in more than $20 billion of debt, is it even possible for the MTA to holistically improve the subway system? It actually is achievable, the Citizens Budget Commission argues.

In a report released on Wednesday titled “Sisyphus and Subway Stations,” the Citizens Budget Commission (CBC) compared MTA Chairman Thomas Prendergast to King Sisyphus, who the gods condemned to spend his eternity repeatedly pushing a boulder up a hill, only to have the giant rock roll down again once he reached the top.

While Prendergast does not deserve such punishment, CBC wrote, he is stuck in a similar situation. The MTA’s capital program is his boulder; the rehabilitating and repairing 467 subway stations is his endless hill.

The problem, CBC observes, is not that funds are allocated unwisely.

“The MTA sets appropriate priorities in picking stations to rehabilitate and repair,” the report stated.

A key issue is that the MTA needs to improve its project management practices.

In the last four years, there were several MTA projects with delays and cost overruns that could have been avoided.

There were 42 station rehabilitations and renewals completed between November 2010 and January 2014. Out of those 42 projects, 28 of them incurred cost increases. There were 10 projects that more than doubled its cost, and two that more than tripled.

It’s the little things that create a formidable hill.