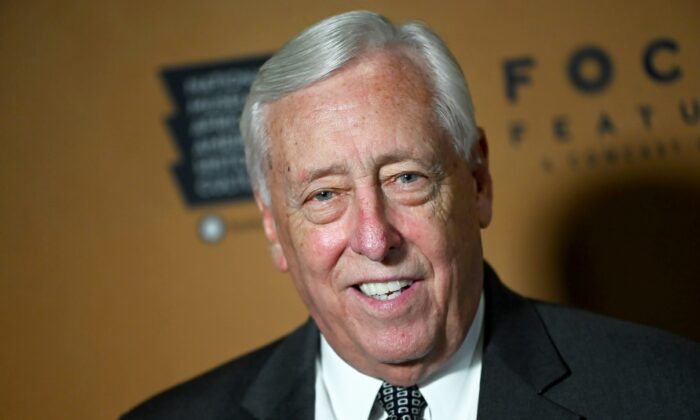 House Democrats, and some Republicans as well, want to restore earmarks—taxpayer-funded special interest projects once dubbed “the gateway drug to federal spending addiction”—but Tom Schatz has a new tool to stop them.

“The earmark database is a potent reminder that the practice is costly, inequitable, and corrupting,” the Citizens Against Government Waste (CAGW) president told The Epoch Times on April 21.

Earmarks are unique spending measures inserted, often anonymously, by individual senators and representatives in appropriations bills for parochial projects that frequently benefit a campaign donor, family member, or the member’s own financial interest such as real estate.

“From the $50 million for an indoor rainforest in Coralville, Iowa, in 2004; to the $25 million for the University of Alaska to study how to trap energy from the aurora borealis in 1993; and the $500,000 to restore the boyhood home of Lawrence Welk in Strasburg, North Dakota, in the first Congressional Pig Book in 1991, the database has all 111,114 earmarks worth $359.8 billion that members of Congress have added with the taxpayers’ money for their own parochial purposes,” Schatz said.

The database is searchable by date, state, chamber of Congress, name of the sponsor, whether the funds requested exceeded the incumbent president’s budget request (if any), and the type of legislation that contained it. A brief description of the funded project is also included.

Earmarks first became significant in the 1960s when Democrats controlled the White House under President Lyndon Johnson and both chambers of Congress.

Then when Republicans, led by former Speaker of the House Newt Gingrich of Georgia, took over the House majority in 1994, the number and value of earmarks increased, a trend that continued after Democrats, led by House Speaker Nancy Pelosi of California, retook the majority in 2007.

But extensive media coverage and resulting public disgust ended most earmarking in 2011. Sporadic efforts since then have failed to restore earmarks, but, as The Epoch Times reported earlier this year, the campaign has gained momentum in recent months, with earmarks now called “community projects.”

A senior aide to House Appropriations Committee Chairwoman Nita Lowey (D-N.Y.) told The Epoch Times in January that “there is general support for increased congressional involvement in funding community projects and for reforms to ensure public trust in such a process. Conversations on moving forward with community project funding in the fiscal year 2021 appropriations bills will continue in the coming days.”

A return of earmarks also is supported by House Majority Leader Steny Hoyer (D-Md.). Most, though not all, House Republicans remain opposed to any restoration of earmarks.

Schatz was skeptical when asked by The Epoch Times if he sees any way earmarks could be made acceptable.

That pattern is why, Schatz said, “it is not possible for there to be a ‘fair’ allocation of earmarks since they are written into the appropriations bills and controlled by a small, powerful group of representatives and senators.”

States represented by the highest-ranking members of the congressional appropriations panels consistently got the most earmarks, both in terms of numbers and total dollar value, he added.

Former Sen. Tom Coburn (R-Okla.) referred to earmarks in 2005 as “the gateway drug” for federal spending addiction. Schatz agreed with that description, saying, “Earmarks cause members of Congress to vote for bills that they ordinarily would not support in exchange for a few million dollars in projects, a process akin to legalized bribery.”

Schatz also said earmarks are irresistible to senators and representatives because they believe “bringing home the bacon” helps them get reelected, but recent history disproves the idea.

“That concept was formalized by former House Speaker Newt Gingrich, under whose leadership earmarks doubled from $7.8 billion in 1994 to $14.5 billion in 1997,” Schatz said.

“His 1996 policy memo on principles for appropriations bills instructed the chairmen of the appropriations subcommittees to look for ‘any Republican members’ who ‘need a specific district item in the bill.’

“This politicization of the practice led to another doubling of earmarks to $29 billion in 2006, the incarceration of members of Congress, staff, and lobbyists, and the loss of the Republican majority.”