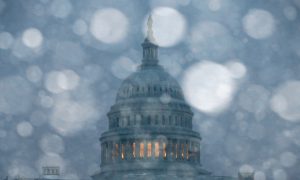 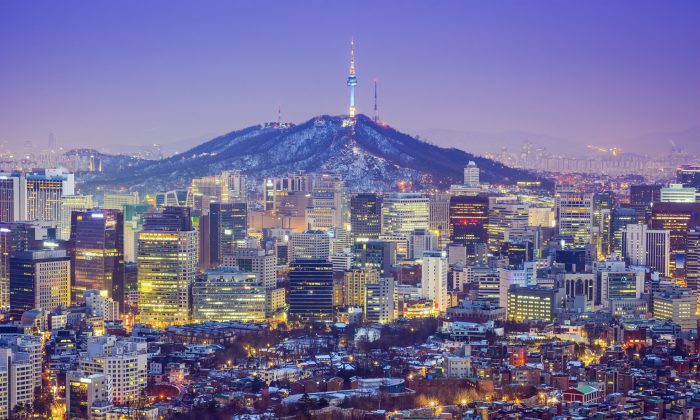 The following field note on cities as democratic laboratories was inspired by a recent visit to the Republic of Korea. The highlight of my journey was an afternoon meeting and press conference with Park Won-soon, mayor of the city of Seoul, held on Nov. 24, 2015.

I’m probably not the only person currently gripped by the feeling that democratic institutions, with a few exceptions, are suffering serious setbacks and unsolved challenges everywhere at the global level. Among the most important set of exceptions are the cities of our planet.

True to their past, more than a few metropolises today function as exciting democratic laboratories, experimental spaces where new democratic ways of handling power, resisting austerity, and improving citizens’ lives are being successfully tested.

My visit to Seoul convinced me that it is among the trend-setters. Stylish and prosperous capital city of the Republic of Korea, itself ranked as the world’s most innovative country in the Bloomberg Innovation Index, Seoul has the world’s fastest Internet connection speed and ranks second in smartphone usage. It provides free Wi-Fi access in almost all outdoor spaces. The municipal government is committed to preventing a digital underclass: By 2015, a million second-hand smart devices were distributed free of charge to the elderly, the disabled, and low-income families.

Transparent government, citizen participation, and information-sharing are the mantras of Seoul City officials.

Transparent government, citizen participation, and information-sharing are the mantras of city officials. Public access is provided to all official city documents, even those under legislative consideration. The whole democratic ethos is symbolized by the large red-and-white ear sculpture that stands outside City Hall: Inspired by London’s Hyde Park Speakers’ Corner but adapted to the digital age, the Big Ear is connected to speakers and video circuits that enable any citizen to leave messages of advice and recommendation for the city administration.

The push to democratize the city has been powerfully championed by Park Won-soon, who was elected as mayor of Seoul in October 2011. His role in local city politics shows that intelligent leadership really matters to democracy. Campaigning with the slogan “Citizens are the mayor,” he was the first independent and civic activist to win election by defeating candidates from both the ruling and opposition parties.

Re-elected in June 2014, Park is a soft-spoken, modest, and canny politician with a distinguished track record as a civil rights lawyer and defender of civil society. He founded the nonprofit watchdog organization People’s Solidarity for Participatory Democracy and The Beautiful Foundation, a social enterprise committed to encouraging wealthier citizens to donate 1 percent of their income (“Even a small bean can be shared by two”) in support of poorer citizens at home and abroad.

Under Park’s watch, the city of Seoul’s Sharing City initiative has actively tried to foster the spirit of goodwill (“jeong” is the Korean word) among citizens who treat each other with respect, as equals. Examples include cooperative waste reduction and waste recycling schemes; shared libraries, gardens, and common tool warehouses; and shared housing schemes designed to encourage young people to mix and share their lives with more senior citizens.

The city is promoting the introduction of electronic currency and contact-less smartcards for public-transport access and payment, as well as the development of a U-Health Care program in support of disabled citizens.

The Seoul administration supports a Residents’ Participatory Budgeting System and hosts “social innovation camps,” which bring together digital entrepreneurs and innovative software developers for the purpose of designing constructive Web- and mobile-based solutions to public-sector challenges facing the city.

It’s worth noting, too, that Park Won-soon is a strong champion of rethinking democracy in multiple spacetime frames, for instance, by strengthening city-to-city cooperation across and underneath state borders. He and his municipal government actively support such “quantum” initiatives as WeGO, an organization of cities to promote e-government; the GSEF association of cities committed to building non-market solutions to tackle social inequality; and CITYNET, an organization of cities and local governments in the Asia-Pacific region.

Meeting Park Won-soon was a special experience. For the press conference, held inside the City Hall, he had asked in advance for three brief suggested innovations that might make Seoul a more livable, democratic city. Presented within the five-minute time limit, these were my “wish list” suggestions:

We live in times shaped by the powerful conviction that “free and fair” elections at the national level are still the heart and soul of democracy. The conviction has deep roots, stretching back to 1945. But the conviction is strangely old-fashioned, out of step with an equally powerful global trend that is gathering pace in Korea, and other countries: the invention of hundreds of new types of watchdog bodies and public scrutiny experiments (“pasugun”) that keep their ears open and eyes on those who exercise power in the fields of markets, other areas of civil society, and states, even in cross-border settings.

Democracy today should be understood as self-government of citizens and their chosen representatives by means of nothing less than free and fair elections but as something much more: the continuous public scrutiny of power wherever it is exercised, in the bedroom, in the boardroom, or on the battlefield. Democracy is becoming a more complicated, dynamic, leaks-ridden, noisy affair: We’ve entered the age of what I call monitory democracy (“pasugun min ju ju ei”).

What does this mean for the great global city of Seoul? Good government of this huge, sprawling, stylish, inventive, heavy-traffic conurbation requires not just free and fair elections. It absolutely demands more and better public scrutiny by citizens and their representatives of power as it exercised at all levels, from local neighborhoods, through districts, companies, and municipal government itself.

But how? Drawing from cities elsewhere on the planet, I share my “dream list” of possible “pasugun” monitory innovations: Follow the Dutch example of PubLeaks, an encrypted Web platform that enables municipal employees “from the inside” to deposit in a kind of 21st-century letter box constructive suggestions and complaints about the riskiness and performance of the municipal government itself. Encourage businesses and other NGOs to do the same, perhaps backed by law.

Extend monitory democracy into the field of environment: Harnessing the latest cell phone apps, follow the London-based Open Air Laboratories (OPAL) model of citizens’ science. Find ways of publicly tracking and reporting fluctuations in the population and mobility patterns of birds, fish, and other living species. Protect endangered species; practice human stewardship of the biomes in which citizens live, and on which their future, and the future of the city of Seoul, fundamentally depend.

Finally, look across the Pacific to Mexico City, a city that gave birth to two “pasugun min ju ju ei” innovations: “shout outs,” public gatherings of those disappointed with democracy, and who with a sense of urgency want to communicate to others the risks they face, their anxieties, and private concerns that they feel are neglected or being ignored by their fellow citizens; and make democracy fun by introducing “kiss ins,” special festival days when all citizens, young and old, rich and poor, new immigrants and old are encouraged to throw off their inhibitions, to offer at least one kiss in public to someone they love, or adore, or fancy, in public, before smiling, giggling others.

Mayor Park, Ladies and Gentlemen, these proposals require understanding that the precious invention of monitory democracy will have no future unless citizens and representatives understood the historical trends; grasp that the meaning and spirit and dynamics of democracy are changing; that the enemy of democracy is arbitrary power; that humility, openness, pluralism, a strong sense of the complexity and riskiness of things are its boldest, greatest, precious virtues.

After tabling these remarks, with Q&A completed and formalities coming to an end, I discovered first hand that Mayor Park Won-soon is a politician with a solid sense of humor.

“Your suggestions are very important,” Park said, standing beside me, sporting a warm smile. “I will take them to heart. I hope you’ll not charge me with copyright violation.”

Saying that his appetite for democratic innovations had been whetted by the meeting, he went on to cite the recent experiments in Seoul with “bridge doctors,” engineering student volunteers who conduct independent checks on the health and safety levels of the city’s maze of bridges and tunnels.

“But what about the smoochy innovation from Mexico City?” I asked, fearing I’d gone much too far in proposing the adoption of that city’s custom of kissing family, friends, and even strangers on each cheek, often with passion.

“Fun is certainly important for citizens living in a democracy,” said Park, a twinkle in his eye. “I think we might have to work on our citizens a little longer. For the moment, we can try hugs.”

John Keane is a professor of politics at the University of Sydney in Australia. This article was previously published on TheConversation.com.