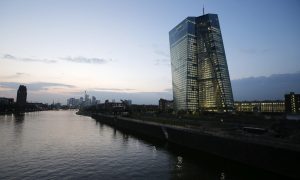 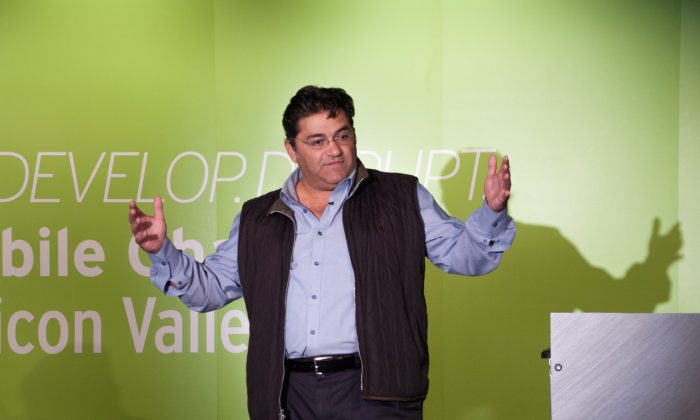 When you think of banks, you might think of brick and mortar businesses that take care of old-school transactions, like depositing checks or withdrawing cash. But banks can be a lot more geeky than you might think.

“Our clients transact with us more than 50 percent of the time through some digital means, so technology for us is probably the most important pillar,” said Jorge Ruiz, managing director of global digital acceleration of Citi.

A Citi Mobile Challenge Demo Day was held at the Plug and Play Technology Center in Sunnyvale on Nov. 10. Competing teams were provided with APIs from Citi, from which they could build applications that benefit consumers.

This financial technology (fintech) hackathon, launched by Citibank, attracted 750 teams, and 65 finalists will be able to pitch their ideas in Silicon Valley, New York City, or Miami.

Ruiz also expressed his vision of connecting the tech ecosystem with banking, by connecting “with developers, accelerators, and venture capitalists. Because what we want to do is promote the expansion of the fintech space, not just by promoting technology, but also integrating that technology into what we do on a daily basis.”

Citi brought people from marketing, digital marketing, and consumer relations, along with other experts in the field such as judges, and provided opportunities for entrepreneurs and developers, venture capitalists, and bankers to connect.

Plug and Play CEO and founder Saeed Amidi believes that now the financial institutions of the world are embracing entrepreneurship and innovation much more than they were five years ago.

“In fact, everybody says when you’re an entrepreneur, if you want to sell something today in the insurance world or the fintech world, you’d better have a lot patience and deep pockets. Because of the regulation in general, fintech is very conservative. But I think it’s one of the main industries that will go through a major disruption,” Amidi said. “So this is a fantastic event to bring Citi closer to innovation.”

Eighteen team members presented at the Demo Day in Silicon Valley, and the competing teams presented a variety of solutions for banking, from connecting families together, to gift cards, from charity to fitness—creative ideas that you wouldn’t readily relate to the banking industry.

The winner will receive up to $50,000 in cash awards. Other participants will have the chance to present their ideas and solutions to decision-makers from different areas of Citi, such as digital banking, technology, operations, and ventures. Finalists might also be able to work with Citi on pilots with their ideas.

How can exercise connect to banking and charity? The answer is reward points. Users set exercise goals though the mobile app, which is connected to Citi’s reward points program. After reaching their goals, users can gain reward points from Citibank and the reward points can be donated to different charity groups.

“Citibank has been doing a lot to be nice to the society, but with this they can donate a lot more and get more people involved,” said Shih, who has a baby on board during the competition.

Peak Energies founder and CEO, Sarah Austin, who was one the judges, was impressed with the caliber of talent that Citi was able to attract from around the world. She also likes UXibles because “it allows Citibank to enable their customers to do something for themselves, and Citi will do something for others.”

Redeem Your Reward Points With Any Merchant

Gift cards are projected to be a $140-billion market. Wonder Technologies, an app that is already downloadable at the app store, is solving the problem between reward points and gift cards. Currently, credit card users can only redeem their points with certain large merchants specified by the bank. With this app, users can redeem the reward points at any store that accepts credit cards in the United States on the Wonder platform.

“Citibank really focuses on their customer relationships, loyalty, and creative programs that provide a lot of goodwill within their users,” said Paige Cattano, COO and cofounder of Wonder Technologies. Customers “also have the need to get those points redeemed so that they don’t just accrue, and this is a great way for users to be able to buy gift cards and use those points for something that they really want.”