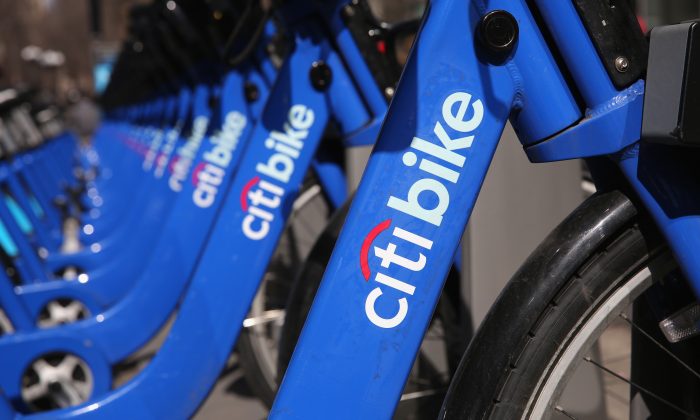 NEW YORK—Citi Bike, New York City’s bike-sharing service, may have a new owner. REQX Ventures reached an agreement on buying the program’s parent company Alta Bike Share, according to a report from Capital New York. Anonymous sources told Capital that the deal would double the size of Citi Bike’s fleet from 6,000 to 12,000 bikes. The deal would stick close to a tentative agreement between REQX and Alta, where the annual membership for Citi Bike could rise to $140, from the current $95, the sources said. The de Blasio administration, REQX, and Alta could not immediately be reached for comment. A spokesperson for the city’s Department of Transportation called the reports “just rumors.”