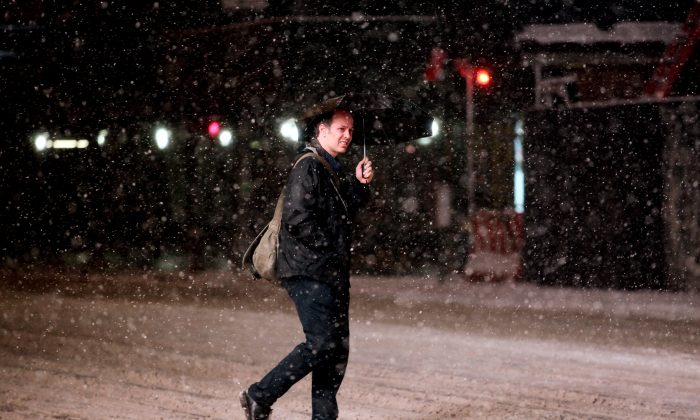 Citi Bike is closed down after 7 p.m. ET in New York City, the city announced.

According to the service’s Twitter, “We ask all riders to refrain from riding a Citi Bike until the weather/travel conditions improve. Pls allow the plows to do their job!”

“Citi Bike will close at 7PM today due to weather conditions,” the service also told e-mail.

Hudson bridges, tunnels to be closed at 11 p.m. Monday

The Port Authority of New York and New Jersey says it will be closing all trans-Hudson River crossings in advance of the snowstorm.

Service on the PATH rail system will also be suspended at 11 p.m. Monday until further notice. Beginning at 9 p.m., PATH will be running a weekend schedule until 11 p.m.

More than 6,500 flights in and out of the Northeast were canceled, and many of them may not take off again until Wednesday. Schools and businesses let out early. Government offices closed. Shoppers stocking up on food jammed supermarkets and elbowed one another for what was left. Broadway stages went dark.