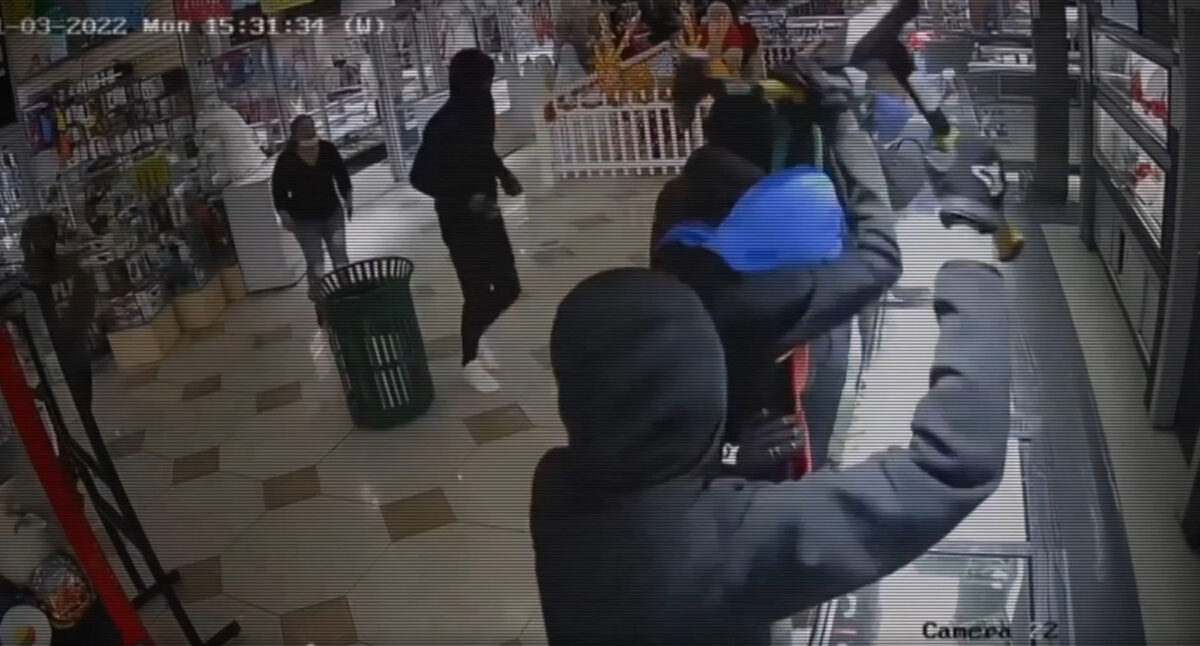 In recent years, crime in California has been rising at an increasing pace.

EpochTV’s documentary, “California’s Vanishing Dream: Behind the Rise in Crime,” sheds much needed light on this problem.

Epoch Times Correspondent Siyamak Khorrami investigates how Californians are being affected by the rise in crime and what is—and isn’t—being done about it, through sound research and interviews with law enforcement officials, business owners, and other concerned parties.

As former Los Angeles County District Attorney, Steve Cooley, points out, the only way to effectively combat crime is through changes in policy and backing up the people who fight the criminal elements—in other words, lawmakers and law enforcers.

If you have weak, soft-on-crime laws and prosecutors, as well as equally ineffective law enforcement, the criminal elements see a big green light to commit more crimes.

When these unfortunate circumstances—under which crime flourishes—become common to Californians as a whole, society suffers and the overall quality of life in the “Golden State” is diminished.

Formerly safe gilded neighborhoods, such as Marina Del Rey in Los Angeles, have seen a sharp increase in crime.

As homeowner Greg Straus describes, when he and his family moved to Marina Del Rey in the 1990s, crime was relatively non-existent. It was a great place to live and raise a family. But for the past seven to eight years, there has been a rapid increase in all sorts of criminal activity.

As Mr. Straus recounts, the increase in crime culminated in a large numbers of nefarious individuals attempting to break into his home through various means, such as forcing the entry door or windows open. One night, he awoke during the dead of night to a “beep, beep, beep” sound, as someone was attempting to figure out his front door’s security entry code.

As the criminal activity in Straus’ neighborhood began spiraling out of control, he took action to organize with his neighbors and coordinate with the local Home Owners Association. Together, they hired an armed security service to patrol the area.

He states that, had they voted for having such a service patrolling the neighborhood two or three years ago, local folks probably would have decided against such an act. But things have gotten so out of control more recently that most residents have become fed up with the rising crime in the area.

He further states that people aren’t just concerned with the rising crime rate in Los Angeles but within California as a whole.

For example, in places such as San Francisco, where lax crime laws and a diminished law enforcement budget have resulted in a steep rise in crime, a survey indicated that over forty percent of residents there would like to move out of the city in the next few years.

Local businessman Michael Hsu has always loved shoes and so he took over a shoe store in the formerly safe, Asian-dominated Sunset neighborhood in San Francisco. But crime has exploded so ferociously in the past few years that not only his store, but many other businesses in the area have been broken into and looted by criminals.

As security camera footage rolls, showing various criminals burglarizing his store, a female newscaster’s voice reports that criminals are targeting many small businesses that are already struggling because of the recent lockdowns and fear-induced viral paranoia.

In downtown San Francisco, it’s a virtual free-for-all where so-called “boosters”—or criminals who snatch and grab merchandise from stores—are stealing from stores on an hourly basis. Security guards and undercover security in stores such as Nordstrom and Neiman Markus are so overwhelmed by the rampant boosting that they rarely do anything about it.

Likewise, police departments and sheriff’s departments have had their resources decimated, to the extent that much of the time, they don’t, or can’t, respond to less serious crimes. This is the result of liberal Democrats slashing their resources.

Good intentioned laws that were initially designed to be more rehabilitative rather than punitive, which have been passed in California, have also resulted in criminals receiving only a slap on their wrist for their crimes.

Knowing that they won’t face much in the way of punishment has encouraged criminal elements to commit more crimes.

As the wise Los Angeles Sheriff Alex Villanueva puts it, “we can all think of unicorns and play ukuleles … and sing kumbaya, but it’s just not reality.”

“California’s Vanishing Dream: Behind the Rise in Crime” is a highly informative and revelatory expose of California’s exponentially increasing crime rate. This crime wave is only going to grow unless serious, decisive action is taken with regard to countering it. However, the time to do so is rapidly running out, prompting many people to leave the state, while others want to stay and fight.

‘California’s Vanishing Dream: Behind the Rise in Crime’

Ian Kane is a filmmaker and author. To learn more, visit iankanebooks.com/or contact him on Instagram @dreamflightent.