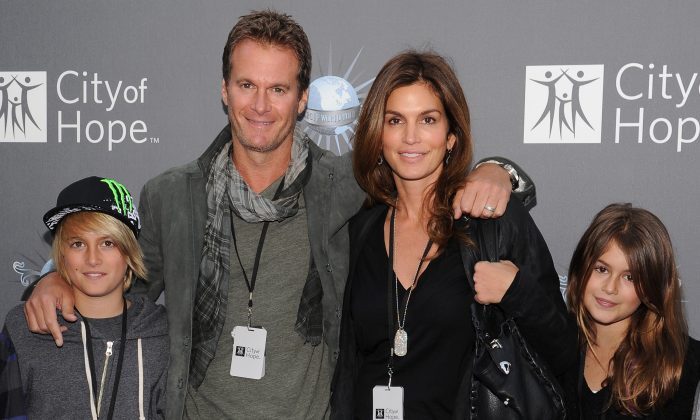 Cindy Crawford daughter: After a modeling debut last summer Kaia Gerber is starring in a play, “13 the Musical” at the Malibu Civic auditorium.

Gerber is Kendra in the play which is a ‘grown-up story about growing up’, according to an ad for the play.

Gerber, Crawford, and friends were spotted after a performance on Sunday walking around Malibu, and pictures of the jaunt have gone viral.

“Like her mother, Kaia has a very special gift,” creative director Donatella Versace said in a statement last year after the Young Versace ad campaign launch. “Having Cindy on-set for the shoot took me back to all the amazing Avedon shoots we worked on together. It was such a special treat watching Kaia walk in her mother’s footsteps!”

In an interview last year with the Daily Mail, Cindy said: “At this point, she’s too young to pursue a career. There aren’t even a handful of jobs for a 10-year-old girl.’