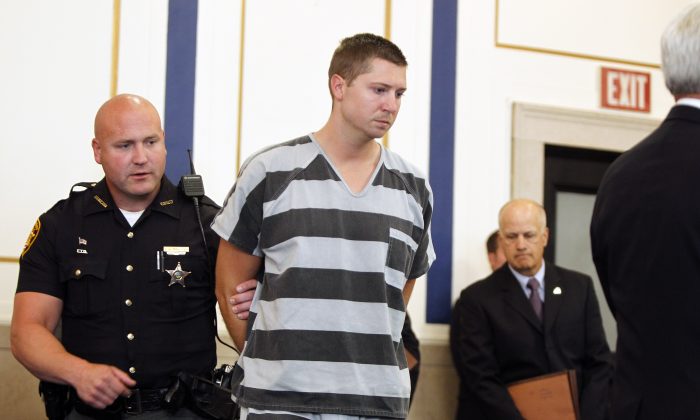 PROVIDENCE, R.I.—When an Ohio prosecutor charged a campus police officer with murder in the death of a driver during a traffic stop, he offered a harsh judgment on University of Cincinnati police, saying the school should not be in the business of law enforcement at all.

That statement and the circumstances of the shooting near campus have raised questions about college police departments, which often possess powers that extend beyond their schools’ boundaries. More universities are adding officers and arming them, insisting they can better police and protect students than municipal officers.

The July 19 shooting happened about a half-mile from campus when UC officer Ray Tensing pulled over Samuel DuBose for a missing front license plate. DuBose, who was not a student, refused to get out of the car, and Tensing shot the driver once in the head.

Tensing was fired and has pleaded not guilty. His lawyer has said he feared for his life.

Word of the shooting traveled swiftly through college campuses like the University of Rhode Island, which armed its campus police this year after a 2013 incident in which students in a lecture hall thought they heard someone claim to have a gun. The faculty union fought the move, and its executive director said a shooting like the one in Ohio is what they feared.

“I could very easily imagine someone getting pulled over, someone mouthing off and boom,” Frank Annunziato said. “It doesn’t surprise me, and it does sicken me. People here are talking about it. I can tell you that.”

The move toward campus police began in the 1960s, when student protests sometimes led to violent clashes with city police, according to Bill Taylor, president of the International Association of Campus Law Enforcement Administrators. He said campus communities have different needs and expectations, and campus police forces can tailor their work to the “clientele” they serve.

In the 2011-2012 school year, more than 14,000 sworn police officers were working on campuses — a 10 percent increase in the number of full-time sworn personnel since the 2004-2005 school year, according to a survey by the U.S. Bureau of Justice Statistics at four-year colleges with more than 2,500 students.

Seventy-five percent of campuses used armed officers, up from 68 percent, and more than 80 percent of sworn officers were allowed to patrol or arrest people off campus.

Campus police officers must meet the same state requirements as any other officer, Taylor said. Officers in his department at San Jacinto College in the Houston area are a mix of experienced and retired municipal officers, along with some recently out of the academy.

It would be a mistake to shutter the university police department, Ono said.

“You need to have a knowledge of how to interact with students. There are many different issues and federal guidelines that have to be followed that are very specific to campus policing,” he said in an interview, adding that municipal and campus police work closely together. “Sometimes UC police and Cincinnati police ride together in a car. They collaborate to help each other out. It really brings crime down generally.”

There’s also an expectation among parents and students that university police should be responsible for safety off campus.

“We’re getting pushed to ignore those imaginary lines on the map,” Jeff Corcoran, then the interim chief of the University of Cincinnati police, told The Associated Press in an interview last year.

University police also face many of the same dangers as city police. Massachusetts Institute of Technology police officer Sean Collier was shot and killed in 2013 while sitting in his cruiser by the two men who carried out the Boston Marathon bombing.

And just like city police officers, there have been high-profile cases of university police who used excessive force.

In 2011, a campus police officer at the University of California, Davis, became an Internet meme when he casually walked down a line of sitting protesters, covering them with copious amounts of pepper spray. He was fired.

Last year, the California State University system, while not admitting fault, agreed to pay $2.5 million to the family of a student killed during a struggle with San Bernardino campus police.

University police departments have also sometimes been accused of secrecy or even getting in the way of a municipal police investigation. Only a handful of states require private campus police to disclose records to the public.

Questions have also arisen about whether university police have legal authority off campus. In North Dakota, the state Supreme Court ruled last month that a North Dakota State University officer did not have the authority to arrest a woman for drunken driving off campus.

In Cincinnati, Ono ordered an independent review and said he expected the department would be monitored for several years. He also stood by the officers who remain on the force.

“This is one officer,” he said. “And there are lots of very good men and women that are part of our police department.”