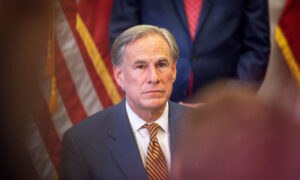 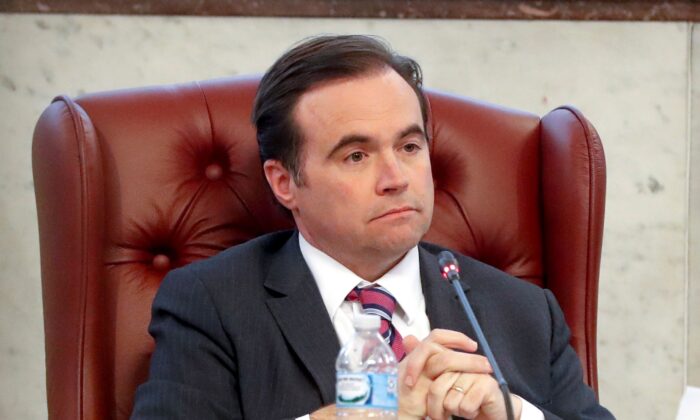 COLUMBUS, Ohio—Two-term Cincinnati Mayor John Cranley joined the race for Ohio governor on Tuesday, pledging to modernize Ohio’s infrastructure and economy with proceeds from legalizing marijuana and to extract money from energy companies for homeowner rebates that will help lift family budgets.

With the launch of his campaign Tuesday, Cranley joins his friend, Dayton Mayor Nan Whaley, in the Democratic field. She announced her bid April 19. Republican Gov. Mike DeWine is expected to run for a second term, a campaign that will begin with a contested primary.

Cranley, 47, had been exploring a bid for the Democratic nomination for months and had raised more than $1.3 million for the effort as of July. Whaley reported raising more than $1.6 million.

First elected mayor in 2013, Cranley is term-limited from running again this year. He points to his record as chief executive of a major city that’s growing while others languish to show his capability to lead the state.

“Ohio needs a comeback and deserves a governor who has led a comeback,” Cranley told The Associated Press in an interview. “It’s not going to be easy to take a state like Ohio, which like so many in the Midwest has been in decline, and to have it come back again, but that’s what we’re going to do.”

He said the GOP-controlled state Legislature has been tainted by corruption and puts the interests of big corporations over workers. He said he will make “jobs, jobs, and more jobs” his priority.

His 2018 feud with a city manager who accused Cranley of overstepping his authority to undermine the city manager’s role drew criticism from some fellow Democrats. The city manager eventually resigned with a severance agreement.

Although Cranley, a Roman Catholic, personally opposes abortion, he doesn’t think government should pass restrictions on the procedure that spark expensive, often unsuccessful, legal battles because “it’s just not a good use of scarce resources.”

He and Whaley, also first elected mayor in 2013, consider each other friends and are in communication most weeks.

“She is a close friend and I think she’s done a lot of good things for Dayton,” Cranley said. He said, with both running, “that means we’re going to end up with a good candidate for governor.”

Whaley unveiled her own jobs plan on Monday, just steps from Cranley’s office in Cincinnati. It calls for a $15 minimum wage and, like Cranley’s, investments in renewable energy. She also proposes directing state money and assistance to those businesses that pay a fair wage and kickstarting a ReInvent Ohio initiative for entrepreneurs.

Cranley, a Harvard-educated lawyer, and his wife, Dena, have a son.