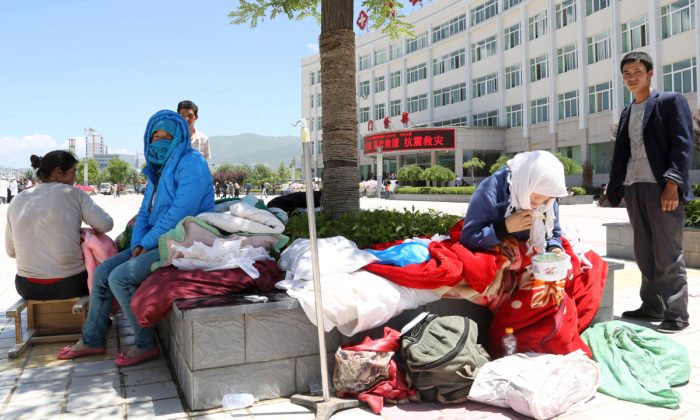 Cigarette Smoking Doctor Gets Into Fight With Patient, Hospital’s Defense Even More Absurd

A doctor was seen getting into a verbal and physical scuffle with a female family member of one of his patients while smoking a cigarette, according to multiple Chinese media. The hospital defended the behavior of the doctor, surnamed Wang, and said he was previously in a car accident, wherein he suffered injuries to his brain.

The argument erupted when the family member of a hospital patient, surnamed Jiang, demanded a refund on the services Wang provided, according to the health bureau.

Wang worked for a state-sponsored hospital in China’s Gansu Province. He has been removed from his position in Qingyang City on July 20, according to a social media post from the provincial health bureau.

“He was in a car accident before, and had brain surgery after the accident,” an unnamed employee at the hospital told Chinese online news outlet Pear Videos. “He didn’t recover well from brain injury, and there are residual effects.”

Online users criticized the hospital for employing a doctor who may have brain injuries.

Video recorded on a cellphone reveals the argument between Wang and Jiang. Wang was seen walking away from Jiang and going into his office, while Jiang yells at him in a local dialect.

Wang steps out of his office and shooed Jiang and the person recording the incident away. “Are you a doctor, or what are you!?” Jiang yells at Wang.

Wang continues to dismiss her, while Jiang shouts at him to refund their money. The two jostle and shove at each other while they fight back and forth over a payment slip.

After the argument continues for a short while, Wang gives in and refunds the money.

“Sometimes he doesn’t control himself well,” the unnamed hospital employee told Pear Videos. “He has some problems with communication.”

The employee went on to explain that Wang will soon retire and has no family. The hospital would look for another position for him, and perhaps give him some disciplinary actions.

The hospital’s decision was criticized by social media users on Weibo, China’s version of Twitter.

Weibo user “What to eat today, bot” responded with sarcasm: “This excuse is truly awesome,” followed by several thumbs-up emojis.