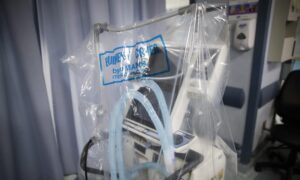 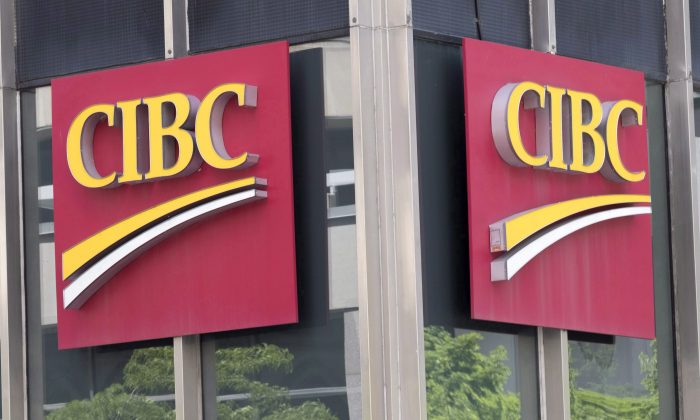 CIBC’s mortgage book isn’t growing as fast as it did last year thanks to tighter underwriting standards on uninsured mortgages. (The Canadian Press/Paul Chiasson)
Companies

TORONTO—The Canadian Imperial Bank of Commerce anticipates it will issue half as many new mortgages in the latter part of the year as it did in the same period of 2017 amid cooling in the real estate market.

The bank has noticed a slowdown in the housing market in the last few months, likely due to changes to mortgage underwriting guidelines, Christina Kramer, CIBC’s group head of personal and small business banking for Canada, said on May 23. Those changes include a new stress test for buyers who don’t need mortgage insurance, which has made it harder for some would-be homebuyers to qualify.

“When we take a look at the second half, we continue to see that there will be origination decline, probably in around 50 percent range relative to the same period last year,” Kramer told analysts on a call discussing CIBC’s results for its second quarter, ended April 30.

Concern has been mounting over the impact of a cooling real estate market on mortgage loans at Canada’s biggest banks, as national housing sales activity reach lows not seen in several years.

In April, home sales dropped to a seven-year low for the month that typically kicks off the busy spring real estate season. The Canadian Real Estate Association largely blamed a new stress test for uninsured mortgages that came info effect on Jan. 1. The new stress test requires would-be homebuyers with more than a 20 percent down payment to prove they can service their mortgage if interest rates rise.

CIBC’s said its quarterly profit attributable to common shareholders was $1.29 billion, up from $1.04 billion a year ago on strong results both at home and south of the border after some U.S. acquisitions last year.

In the latest quarter, the bank booked $7 billion in uninsured residential mortgage originations, down from $11 billion a year ago.

“We’ve actually seen a very soft start with the spring market,” Kramer told analysts. “We don’t know whether that’s a bit of a pause in the market or consumers changing behaviour or waiting to see what happens.”

The slowdown in mortgage originations at CIBC was welcomed by analysts, which had been concerned about how quickly the bank’s mortgage book was growing compared to its peers.

Real estate secured lending accounted for 49 percent of total net loans across the “Big Six” Canadian banks during the fiscal first quarter of 2018, according to a recent CIBC World Markets report. CIBC had the highest exposure among its peers, at 62.8 percent.

“A year ago, two-thirds of our revenue would be directly related to our mortgage performance and our mortgage business. And today that’s about one-quarter.”

However, Shannon Stemm, an analyst with Edward Jones based in St. Louis, said while it appears CIBC’s diversification is paying off, questions remain about how it will compensate for lower mortgage revenues.

“It could be difficult for them to continue to offset such a big chunk of what’s been driving growth, over the next couple of years.”