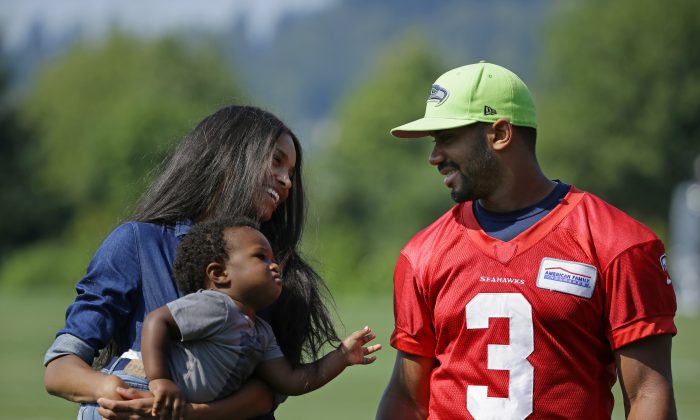 The saga between Ciara and Future continues.

Singer Ciara claims that her ex-fiance and child’s father, Future, threatened her current fiancé, Russell Wilson, in rap lyrics and tweets in newly released court documents of her defamation lawsuit.

“Defendant released a song entitled, Juice, in which Defendant raps the following lyrics: ‘It’s personal, free ’em now Murder trials, OJ Simpson White on white, OJ Simpson Double murder, OJ Simpson Oh that’s your girl? You know I hit her Pity [expletive], she through with them Tryna [expletive] my baby mama, dog what’s up with you? You gon’ make me get that heat, I’m pulling up on you.'”

The “I Bet” singer and Atlanta rapper began dating in 2013 after collaborating on a few tracks together. The couple were engaged within 10 months and welcomed their son in 2014. Ciara called off the wedding the same year for unknown reasons and has since been embroiled in a nasty legal battle with Future.

Earlier this year, Ciara filed a $15 million defamation lawsuit against Future, who she claims slammed her parenting skills and current beau, NFL player, Wilson in a series of tweets and interviews. In a July 2015 interview with Power 105.1’s Breakfast Club, Future insinuated Ciara was using their child as a pawn for media attention.

“She probably set him [Russell Wilson] up. You letting them catch that photo. Leave my son out of all the publicity stunts,” he said. Future countersued his ex-fiance, later dropping the lawsuit against Ciara after being granted joint custody of baby Future.

Ciara and Wilson are to wed this weekend in London, according to People.