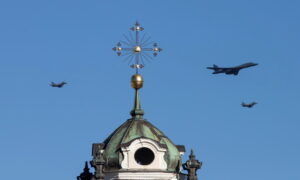 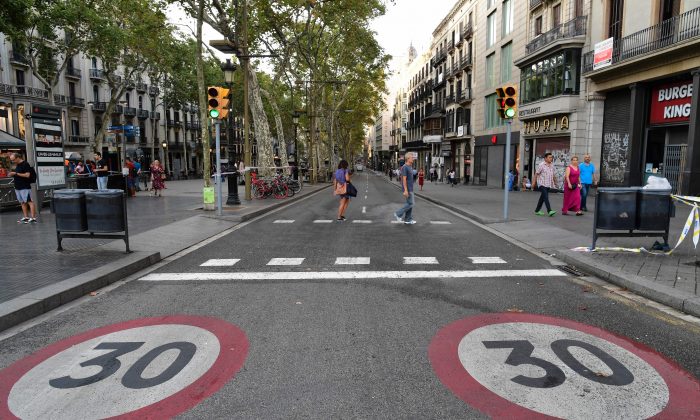 The terror attack in Barcelona has sparked discussion over why the city’s security chiefs rejected proposals for barricades in crowded areas like Las Ramblas, where over 130 people were injured and 14 killed on Thursday, Aug. 17.

Residents are questioning whether authorities had done enough to protect the popular tourist destination after it was identified as a likely target for a terrorist car attack last year. The mall didn’t have any permanent bollards.

The tourist hot-spot was targeted by a lone driver in a white Fiat van. Spanish police have identified the key suspect driving the van as 17-year-old Moussa Oukabir.

It has been confirmed that Oukabir was one of the five terrorists shot and killed by police in Cambrils where another attack was planned, but the authorities intervened before they would carry out their plans.

The van entered the tree-lined pedestrian mall, Las Ramblas, from the road by the Plaça de Catalunya, intentionally mowing down as many people as possible as the driver zig-zagged down the thoroughfare at a high speed.

“We have always said Las Ramblas is an easy target,” Jose Moya, a florist, told Reuters on Friday.

The historic promenade, some 0.7 miles long, is a social hub of the city, always buzzing with life from the cafes, restaurants, variety of shops, and cultural heritage and entertainment experiences.

“What happened is an atrocity. I’m not saying it’s the police’s fault … (but) I don’t know, maybe you can’t put in bollards, but if we’re on high alert, you could have police vans stationed there blocking the way. It would have saved lives,” he said.

Barcelona security chiefs rejected proposals to install barricades after heightened security measures were recommended by the Catalan Interior Ministry and police chiefs in the wake of the truck attacks in Berlin and Nice last year. At this time, Spain was already on a level 4 terror alert—one below the maximum of level 5.

City authorities opted to increase a police presence in vulnerable areas instead of erecting barricades. Recommendations from the Interior Ministry stated, “Strategic points, which could be targets for terrorist attacks are isolated either with physical objects or with police officers,” reported the Daily Record.

Before Thursday’s attack, extra police had already been assigned to the area and authorities continue to constantly review possible security threats, according to Reuters.

Barcelona’s city authorities have said that they are always trying their best to find the balance between security and preserving the lifestyle of residents.

Another concern for authorities is the negative impact that increased security measures is thought to have on tourism and the city’s safety image.

For the New Year’s Eve celebrations, authorities did place temporary concrete blocks in vulnerable areas of the city, and large trucks were also banned from accessing central areas as a precautionary measure, Reuters reported.

“Absolute security is impossible,” said Barcelona Mayor Ada Colau. “It would mean giving up our freedom and shuttering ourselves up in our homes.”

Colau told local media, “One hundred percent security does not exist, especially when there are people ready to carry out atrocities with very rudimentary means.”

A French city mayor, Christian Estrosi, who was confronted with a Bastille Day terrorist attack in Nice in 2016, has proposed a meeting with his European counterparts to address how to better manage Europe’s public areas, and discuss options for increased security infrastructure, Reuters reported.

Authorities now believe that the attacks in Barcelona and Cambrils are linked to a Moroccan-born terror cell with at least 12 people. They may have been inspired by the London Bridge attack in June, according to The Telegraph.

The crowds in Barcelona returned to Las Ramblas on Friday, paying their respects to victims, chanting “We are not afraid.”


They appear eager to get on with life and determined to not let the fear of such attacks dictate the life of the city.