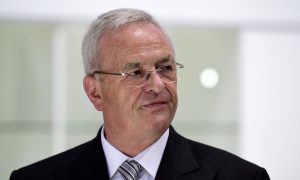 The CIA thwarted al-Qaeda in Yemen’s plot to destroy a U.S.-bound plane around the one-year anniversary of the killing of Osama bin Laden, according to reports from The Associated Press and NBC News on Monday.

The bomb is said to be an upgraded version of the explosive device that was hidden in the underwear of an assailant and had failed to detonate on an aircraft flying over Detroit on Christmas 2009. U.S. officials said the new terror plot involved a more sophisticated bomb, AP reported.

The FBI said the device contained no metal, which means it could have possibly made it through a metal detector at an airport security checkpoint. The would-be attacker’s bomb was seized by the CIA and it is unclear what happened to the suspect.

A counterterrorist official told NBC News the foiling of the bomb plot is a “success story” and said no airlines were ever at risk. No target was chosen and no plane tickets were even purchased when the plot was foiled.