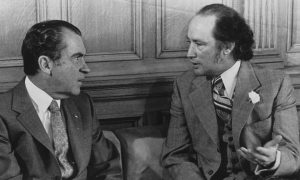 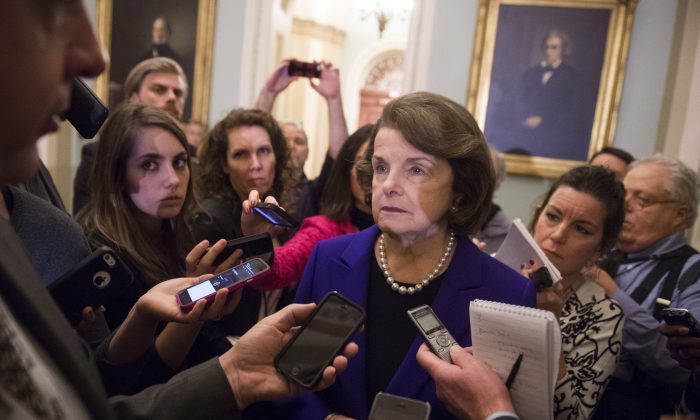 Senate Intelligence Chairwoman Dianne Feinstein (C), a Democrat from California, speaks to reporters about the committee's report on CIA interrogations at the US Capitol in Washington, DC, December 9, 2014 (Saul Loeb/AFP/Getty Images)
US

The release of a 500-page summary report by the Senate Intelligence Committee on CIA interrogation methods used after the Sept. 11, 2001 attacks has drawn a range of responses, ranging from rebukes of the agency to a cautious defense of its practices.

The CIA’s post 9/11 interrogation methods have been under critical scrutiny from Democrats and civil libertarians for years, and the Senate report has only polarized opinions on the subject.

At one extreme, some have suggested that the report—which frames many of the methods as torture—might justify a reconstruction of the agency.

“I kind of think we should shut down the CIA and start over,” tweeted Vox senior editor Timothy Lee on Tuesday morning. Vox is a news website.

Senate Democrats have been united in their support of the report, which has also garnered some support among Senate Republicans, notably Sen. John McCain (R. Ariz.)

“The truth is sometimes a hard pill to swallow. It sometimes causes us difficulties at home and abroad. It is sometimes used by our enemies in attempts to hurt us. But the American people are entitled to it, nonetheless,” he said on the Senate floor Tuesday.

Other Republicans say that while a report was needed, the timing of its release suggests dubious political motives. Sen. Richard Burr (R. NC.) said that more time was needed to redact sensitive information in the report, which he said adds little value to the American people’s understanding of the interrogation programs.

“The Committee Democrats’ pressure to request inclusion of these additional details, and the Administration’s acquiescence, will likely cause long-lasting damage to our international relationships and threaten intelligence professionals and American citizens around the world,” he said in a statement.

Former CIA directors George J. Tenet, Porter J. Goss and Michael V. Hayden, who presided over the agency post-9/11, disputed key conclusions of the report in a joint editorial in the Wall Street Journal. They said that the program was an effective counter-terrorism tool and was instrumental in the capture of Osama bin Laden.

The editorial also said that the the CIA’s practices were fully authorized by the Justice Department, and that Congress was briefed extensively about the interrogation methods.

“Congress’s view in those days was very different from today,” they wrote. “In 2003, committee members made clear that they wanted the CIA to be extremely aggressive in learning what [Khalid Sheikh Muhammed] knew about additional plots.”