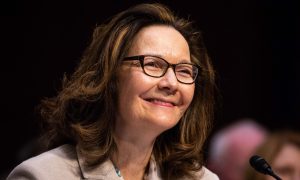 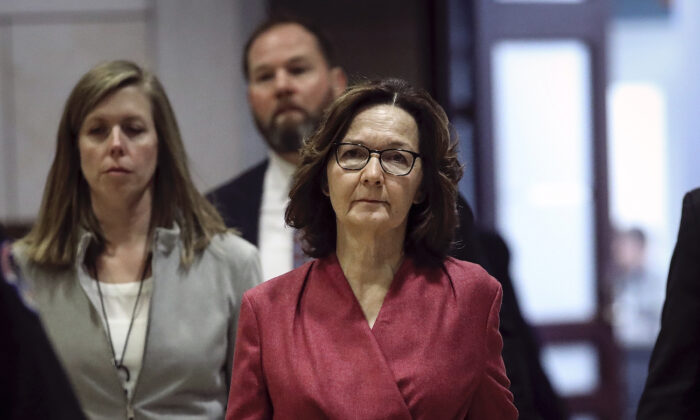 CIA Director Gina Haspel arrives for a briefing with members of the U.S. House of Representatives about the situation with Iran, at the U.S. Capitol in Washington, on Jan. 8, 2020. (Drew Angerer/Getty Images)
National Security

CIA Director Gina Haspel resigned on Tuesday, with the agency thanking Haspel for her years of service in the intelligence community.

“The CIA workforce thanks Director Haspel for her 36 years of dedicated service to the American people,” the agency announced on Twitter. “You have broken barriers and empowered the next generation of CIA officers.”

“It has been the greatest honor of my life to lead this remarkable organization,” Haspel said in a statement. “I depart deeply proud of the work we have done together—the triumphs we have achieved, the threats we have overcome, and the investments we have made for the future.”

Haspel did not explain why she is leaving her role. The announcement comes on President Donald Trump’s last full day in office.

A career intelligence officer, Haspel joined the CIA in 1985. She became the first female CIA director in May 2018 after being nominated by Trump.

Prior to her role as CIA director, she served as an undercover officer for most of her 30-year-plus career.

In 2002, as the CIA station chief in Thailand, she oversaw one of the secret prisons in which suspected al-Qaeda terrorists were interrogated using procedures that included waterboarding, which simulates drowning. At her confirmation in 2018, she promised that she will never resume a program of harsh interrogations.

Haspel was inactive from mid 2013 to early 2017. She became the CIA deputy director in February 2017 under the Trump administration, before becoming CIA director.

Top Republicans expressed frustrations in late 2020 over her failure to produce Russia probe documents they requested pertaining to the FBI’s investigation of the Trump campaign, codenamed Crossfire Hurricane.