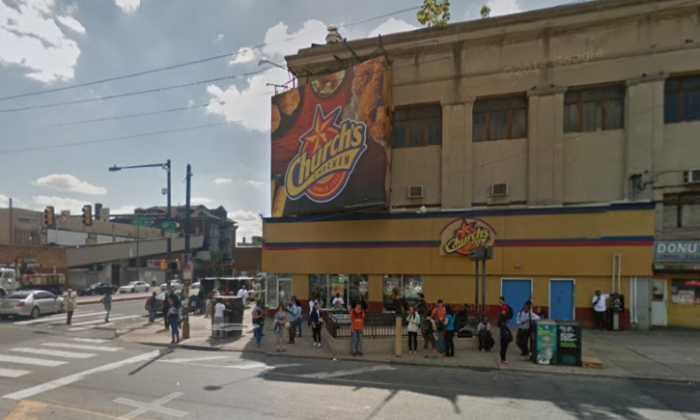 A Church’s Chicken employee in Philadelphia was shot seven times but survived and is in stable condition.

A gunman opened fire inside the Church’s Chicken on 3600 North Broad Street at 5:25 p.m., striking the employee in the chest, stomach, lower back, upper back, and neck, reported NBC10.

Police told ABC6 that the gunman was eating in the restaurant when he became upset that the employee was cleaning tables near him.

He told the employee to stop cleaning near him.

The suspect hasn’t been identified as of yet.

Police don’t believe the shooting is connected to a shooting that happened just 30 minutes prior about 1.5 miles away.