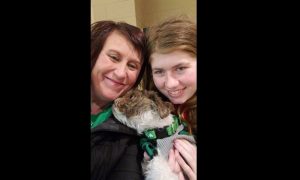 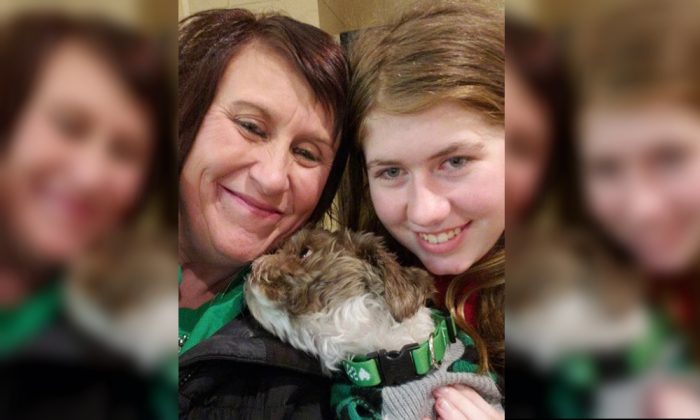 Jayme Closs and her aunt Jennifer Smith. (Supplied)
US News

CAMERON—Residents of two Wisconsin communities gathered for a church service to give thanks for the safe return of Jayme Closs, a 13-year-old northwestern Wisconsin girl who went missing in October after her parents were killed. She was found alive in a rural town about an hour from her home, authorities said on Jan. 10.

Jayme has been missing since her parents, James and Denise Closs, were found shot to death Oct. 15 in the family’s home near Barron. Investigators said Jayme was quickly ruled out as a suspect.

Detectives pursued thousands of tips, watched dozens of surveillance videos and conducted numerous searches in the effort to find Jayme. Some tips led officials to recruit 2,000 volunteers for a massive ground search on Oct. 23, but it yielded no clues.

Jayme Closs escaped from the man accused of holding her captive for nearly three months on Jan. 10. The suspect, 21-year-old Jake Patterson, is charged with kidnapping Jayme and fatally shooting her parents after breaking into their home near Barron on Oct. 15.

Town Chairman Denny Kline said Jayme was found about six miles east of town. He described the area as a small-town development with single-family, cabin-like homes.

He said he first learned Jayme had been found while listening to a police scanner, adding that he heard Jayme was walking down the road and someone stopped near her. Kline said he heard over the scanner that Jayme told them who she was and they brought her to their home.

“A lot of people were very concerned, did a lot of praying and all that,” he said. “Prayers were answered, for finding her, anyway.”

Resident Kristin Kasinskas told the Star Tribune that a neighbor waking a dog knocked on her door Thursday afternoon. Standing with her was a skinny, dirty girl with matted hair, wearing shoes too big for her feet.

St. Peter Catholic Church in Cameron held the funerals for Jayme’s parents, James and Denise Closs, last fall. The church hosted a happier service Sunday night for residents of Barron and Cameron to celebrate the reuniting of Jayme with family.

“I know this community can do anything now,” Barron County Sheriff Chris Fitzgerald told people attending the church service. “I have seen it. We’ve done the impossible, and it starts with a 13-year-old girl and it ends with a community of 44,000 strong.”

Residents attending the service also expressed gratitude for the law enforcement officers who quickly apprehended Patterson the same day Jayme escaped from the remote cabin where she was being held in Gordon, a town about an hour’s drive north of Barron. Investigators believe he targeted Jayme after first spotting her getting onto a bus near her home.

Patterson is due back in court for a preliminary hearing on Feb. 6.