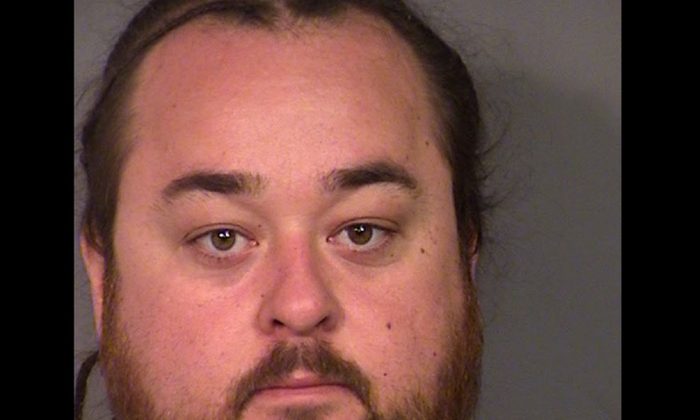 He’ll avoid sexual assault charges and will get a plea deal, TMZ reported on May 18.

Russell, 33, was arrested in his Nevada home in March following a police search. At the time, police said they found a gun and marijuana.

Regarding the alleged sexual assault, TMZ reporters said they were “told police and Chumlee’s attorneys, David Chesnoff and Richard Schonfeld, ran an exhaustive investigation. Both sides found there was not enough evidence to charge him.”

The local district attorney is slated to charge Chumlee and the judge still needs to sign the plea deal. Approval will likely come next week.

The Wrap reported that he’ll likely be subjected to a probationary period of at least three years. The site reported:

It could have been worse for Russell, who’s being represented by Las Vegas attorney David Z. Chesnoff — he was originally charged with prohibited person possession of firearm, possession of methamphetamine, possession of marijuana over 1 ounce and possession of schedule I – schedule IV controlled substance, the latter for the Xanax.

On Thursday, Russell went on Instagram and shared a scenic photo of the beach.