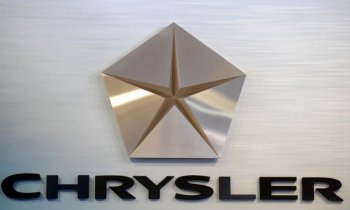 Revenues gained 8 percent to $10.5 billion and Chrysler sold 407,000 vehicles worldwide for the quarter, according to the company, which is based in Auburn Hills, Mich. but is run by Italy’s Fiat S.p.A. Last quarter, Chrysler sold 334,000 cars and trucks.

“2010 is seen as a year of transition and stabilization,” CEO Sergio Marchionne said in a statement. “Chrysler Group must continue to be rigorous, disciplined and focused on the task at hand.”

Indeed, the company is in a bit of a crossroads. Under Marchionne, Chrysler now has far less debt after its government-assisted bankruptcy last year. In addition, the company is fresh off unveiling its redesigned 2011 Jeep Grand Cherokee, one of Chrysler’s marquee products. The launch coincided with Chrysler’s hiring of 1,100 additional employees to support production of the new SUV.

Currently, Chrysler still owes almost $6 billion to the U.S. taxpayers. It is co-owned by the U.S. Treasury, the Canadian government, the United Auto Workers union, and Fiat.

Marchionne has stated that he foresees selling shares to the public by next year, the next step in bringing the company public and shedding its governmental ownership.