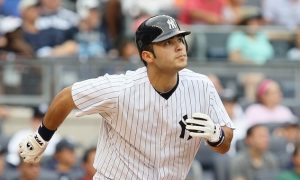 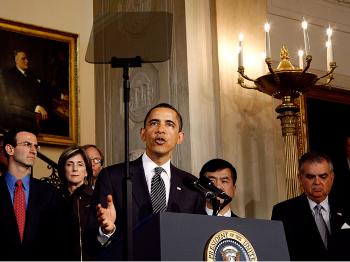 By Antonio Perez
Print
Chrysler LLC and Obama administration officials announced that the struggling U.S. automaker would file for bankruptcy protection after last-ditch efforts to negotiate with its creditors and the U.S. Treasury broke down on Thursday morning.

As of Wednesday night, some of Chrysler’s 46 creditors—mostly hedge funds—refused to accept an offer of $2.2 billion in cash in exchange for forgiving Chrysler’s $6.9 billion in secured debt.

According to a Wall Street Journal report, JPMorgan Chase & Co., the lead negotiator for the creditors, gave all parties 90 minutes to approve the deal. Most banks agreed to the terms but a number of hedge funds refused to budge as deadline loomed.

The U.S. Treasury initially gave Chrysler a deadline of Thursday midnight to reach deals with Fiat, the United Auto Workers union, and its lenders. All three were requirements to secure an additional $6 billion in federal funding for Chrysler.

The automaker reached a deal with UAW on Wednesday and Fiat on Thursday, and as negotiations with its lenders reached an impasse on Thursday, at a noon news conference, President Barack Obama on Thursday announced that Chrysler would go into bankruptcy protection.

Chrysler would enter into bankruptcy protection, with the U.S. Treasury providing up to $3.5 billion in debtor-in-possession financing and another $4.5 billion in exit financing. Obama hoped that this bankruptcy would be quick, possibly in one month or two. Its goal is to usher Chrysler through bankruptcy and emerge as a new company, not to break up its assets.

The plan would "save 30,000 jobs at Chrysler, and tens of thousands of jobs" at suppliers and stakeholders, Obama said at the press conference. These steps would allow Chrysler to “not only to survive, but to thrive in a global auto industry.”

In addition, Chrysler and Fiat management will attempt to throw out the remaining outstanding debt of the automaker under court protection.

“I don't stand with those who held out when everybody else is making sacrifices. That's why I'm supporting Chrysler's plans to use our bankruptcy laws to clear away its remaining obligations,” Obama said.

The Obama administration said that the “surgical bankruptcy” for Chrysler would involve replacing current CEO Robert Nardelli along with its current board of directors, and handing the reins of management over to Italian automaker Fiat S.p.A. The U.S. and Canadian governments would also invest capital in the new company.

Ownership of the new Chrysler would be split between the United Auto Workers union—which reached a new labor agreement with Chrysler earlier this week—and Fiat, as well Chrysler’s U.S. and Canadian government stakeholders.

In exchange for federal funding support and its UAW ownership stake, Chrysler must agree to certain guidelines to keep production domestically and protect a number of jobs. The union also bought substantial leverage against company management in the latest shakeup.

Another result of the government-led restructuring is that Chrysler Financial, the automaker’s finance arm, would be brought into the arms of GMAC LLC. Cerberus owns substantial stakes in both auto financing firms.

Italian newspaper Corriere della Sera first reported that the Turino, Italy-based Fiat and Chrysler have reached an alliance agreement for Fiat to take an equity stake in the U.S. automaker. The partnership was seen as a pivotal part of Chrysler’s future viability.

In the deal, Fiat would become 20 percent shareholders in Chrysler, which could become as high as 35 percent, and contribute technology and expertise on building smaller, more fuel-efficient vehicles.

The deal also gives Fiat, which exited the U.S. market decades ago, valuable access to Chrysler’s network of dealerships in North America.

The agreements reached on Thursday signify a new beginning for Chrysler, an iconic automaker that builds vehicles under its Jeep, Dodge, and Chrysler brands. The company was founded by Walter Chrysler in 1925 and is based in Auburn Hills, Mich., a suburb of Detroit.

UAW President Ronald Gettelfinger called the deal with Chrysler painful but necessary, and ultimately for the good of its U.S. workers.

"This has been a challenging time filled with anxiety and uncertainty for our membership," Gettelfinger said in a UAW statement. "Our members have responded by accepting an agreement that is painful for our active and retired workers, but which helps preserve U.S. manufacturing jobs and gives Chrysler a chance to survive."

But some experts aren’t quite sold on union ownership of Chrysler. “The union would immediately face severe conflicts of interests, having to lower labor costs as a good manager on the one hand and having to increase labor costs as a representative of the workers on the other hand,” said Gary Chaison, Professor of Industrial Relations at Clark University.

“The best that the union could do is unload the stock as fast and painlessly as possible and stick to being a voice for auto workers when they need it the most,” Chaison said.