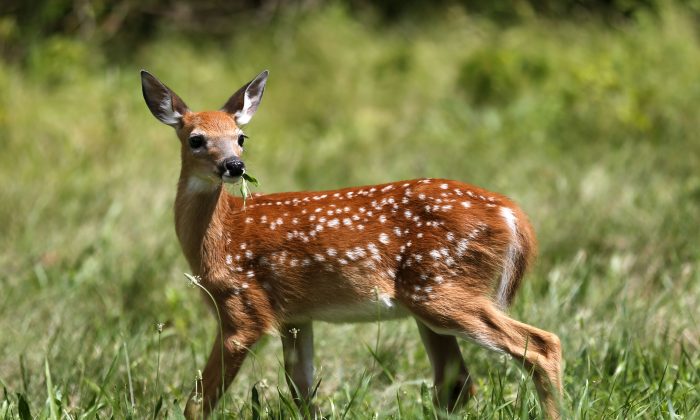 Chronic Wasting Disease May Have Killed 5th Deer in Michigan

WATERTOWN TOWNSHIP, Mich.—The Department of Natural Resources says another deer killed in the Lansing-area appeared to have chronic wasting disease.

If confirmed through additional tests, it would be the fifth deer with the disease, which attacks the animal’s brain and nervous system.

There were no obvious symptoms in the 1 ½-year-old doe that was killed by an archer in Clinton County’s Watertown Township, a new location for the disease. The hunter agreed to have the deer tested.

DNR deer specialist Chad Stewart says there’s no evidence of widespread infection in the Michigan herd; 4,000 have been tested since spring. But Stewart says the latest case suggests there will be more in Clinton County.