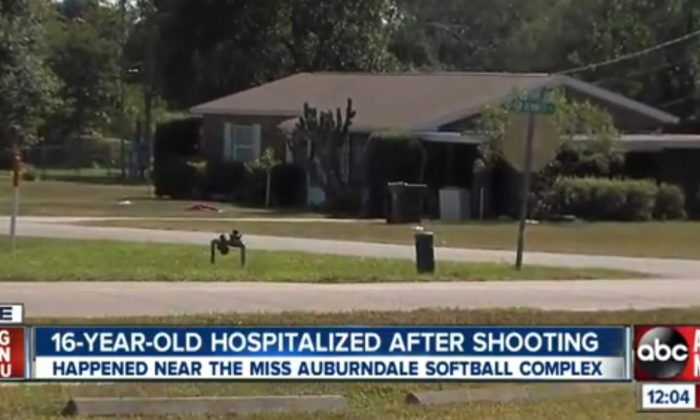 In a potential Stand Your Ground case, Christopher Douglas Hines has been released after shooting 16-year-old Lajordan Smith in Auburndale, Florida on Monday night.

The shooting happened at a house near the Miss Auburndale softball complex and Auburndale High School.

Hines was at the house picking up a piece of furniture with two other people who were in his car, police say, when an argument started in the car.

Neighbors told police that they heard screaming and cursing, but that things appeared to calm down.

But as Hines was pulling out of the driveway, Smith walked up to the car with a handgun, because he thought that he was going to be shot, he told police.

It took more than an hour for police to find Hines, but after getting a statement from him, he was released.

It’s unclear if Hines will be charged with any crime.

“It’s pretty scary to think that something like that would happen around the corner,” Michael Roberts, a neighbor, told ABC.

The 16-year-old is in stable condition at the hospital after undergoing surgery.