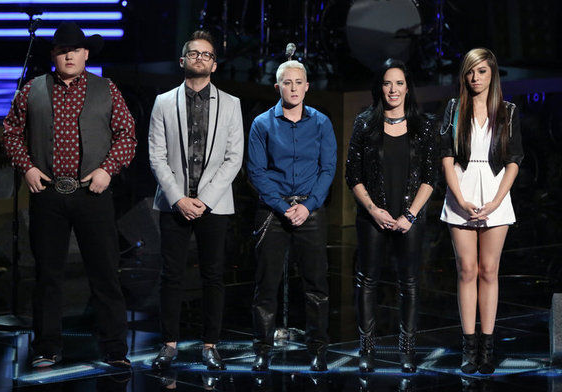 Christina Grimmie was saved by viewers despite getting in the bottom two on The Voice.

Grimmie thus made the final while Kristen Merlin and Kat Perkins were sent home. Grimmie is joined in the final three by two men–Jake Worthington and Josh Kaufman.

Perkins was at the way bottom with only 5.7 percent of the votes. Grimmie had 19.8 percent while Merlin had 20.8 percent. Worthington clocked in with 21.5 percent and Kaufman came out on top with 32 percent.

Grimmie had sung a rendition of “Hide and Seek’ in the last performance, and then sung One Direction’s “Apologize” on Tuesday night. Afterward, Adam assured America, “If you get this girl to where she needs to go, to the finals, this girl is going to win.”

The final means that Team Shakira is without a contestant.

The popular series has already been renewed for a season 7.