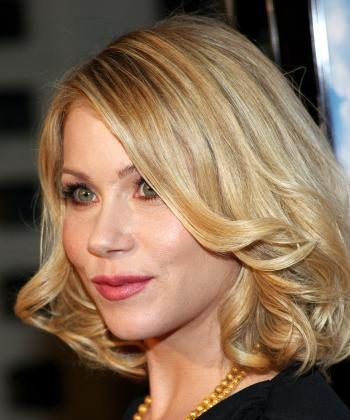 “I’m clear. Absolutely 100 percent clear and clean,” she said in the interview.

Applegate said that the surgeons “got everything out” and that she was “definitely not going to die from breast cancer.”

Christina Applegate started doing mammograms at the age of 30. Her mother had also battled breast cancer.

Applegate has been nominated for the Golden Globes, Screen Actors Guild Awards, Teen Choice Awards, Television Critics Association Awards, as well as the Emmy Awards for 2008, for her role in the TV comedy “Samantha Who,” in which she plays a woman who has woken up from a coma without memory. She had previously won an Emmy for 2003 for her role in the “Friends” TV comedy series.

Born in 1971, Applegate had her most famous role on television in Fox’s comedy series, “Married with Children,” where she played eldest daughter Kelly Bundy in the Bundy family. She played the role from 1987 to 1997.