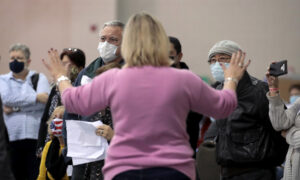 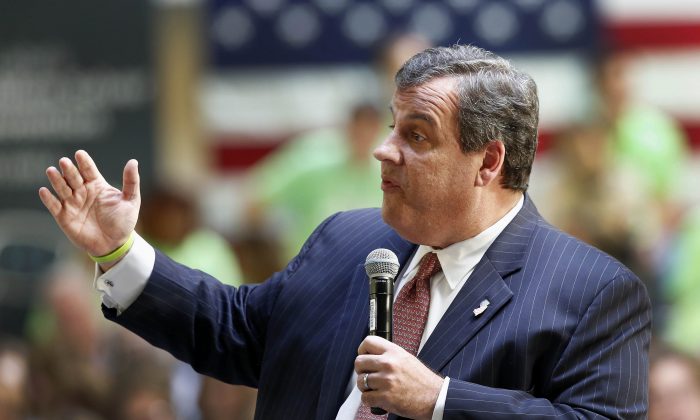 The billionaire political novice posted a decisive victory in the nation’s first primary, leaving in his wake a field of Republicans struggling to show staying power after trailing so far behind. New Jersey Gov. Chris Christie, bruised from a demoralizing sixth-place finish, was expected to bow out of the race, and Carly Fiorina, who finished a distant seventh, did depart.

Restive Democrats had their own act of anti-establishment defiance, lining up behind Vermont Sen. Bernie Sanders while delivering a New Hampshire rejection of Hillary Clinton’s second bid for the White House.

With no clear rival to Trump and Texas Sen. Ted Cruz for the Republicans, the candidates headed south Wednesday with little clarity about a nomination battle that seemed likely to stretch into the spring. But Trump wasn’t publicly choosing among his opponents.

With final votes still being tallied, Trump led with 35 percent of the vote in New Hampshire. In a primary stunner, Ohio Gov. John Kasich surged from relative obscurity to second place, a feat his poorly funded campaign will struggle to replicate in South Carolina and beyond. Cruz finished third, trailed by former Florida Gov. Jeb Bush in fourth, Florida Sen. Marco Rubio in fifth and Christie in sixth.

It was enough to persuade Christie, who staked much of his campaign on New Hampshire, to head home to mull next steps rather than going to South Carolina. With dim prospects for a sorely needed infusion of campaign cash, Christie was expected to drop out, said two people familiar with his plans who weren’t authorized to speak publicly and spoke on condition of anonymity.

On the Democratic side, Sanders led Clinton by 22 percentage points, with more than 90 percent of their party’s vote tabulated. Clinton tried to show she’d heard the message.

“People have every right to be angry,” she said, as she conceded to Sanders. “But they are also hungry. They’re hungry for solutions. What are we going to do?”

From New Hampshire the parties’ paths to the nomination diverge.

Sanders and Clinton move on to Nevada, where Sanders will try to prove his mettle with a more diverse and urban electorate before the Democratic race shifts to South Carolina. His campaign launched ads Wednesday in Oklahoma, Minnesota, Colorado and Massachusetts—all states where they believe Sanders can grow—while pouring money and staff into Nevada. And Sanders made a pit stop in New York to discuss issues affecting African-Americans over breakfast with the Rev. Al Sharpton.

Still, Nevada and South Carolina have been considered Clinton territory, in part because of her strong relationships to the Latino and African-American communities. Her campaign dispatched prominent supporters Wednesday to question Sanders’ record on issues affecting minorities.

“Hillary Clinton has been a true friend to the African-American community for nearly 40 years,” said Rep. Hakeem Jeffries, of New York. “During that time, Sen. Sanders has been largely missing in action.”

Republicans head directly to South Carolina, the first in a string of Southern contests that will ultimately test whether Cruz, Rubio or both can force Trump into a long primary fight. All have expansive organizations in South Carolina and several Super Tuesday states that will vote in March.

A night of victory speeches from a reality TV tycoon and avowed democratic socialist was all-but unimaginable six months ago, before outsider fever gripped Democrats and Republicans alike, stoking deep anxieties for the establishment in both parties.

Rubio acknowledged his bungled debate performance last weekend hurt him. As he flew to South Carolina, he said, “For us, it’s now time to hit that next gear.”

Cruz, the Iowa winner and a favorite of social conservatives, proved unable to win over New Hampshire’s more moderate brand of Republican. Those voters went to Kasich, who declared his second-place showing an affirmation of his largely positive campaign.

Sanders’ win was also telegraphed for weeks, as his indictment of Wall Street and big money in politics caught fire in a state that was once considered a reservoir of good will for both Clinton and her husband. Eight years ago, Hillary Clinton won the state by 2.5 percentage points in a late comeback over then-Sen. Barack Obama.

But in New Hampshire Sanders’ coalition was strikingly broad, cutting across both ideological and demographic lines, according to an exit poll conducted by Edison Research for the Associated Press and the television networks. The poll found Sanders won a majority of votes from independents, voters under 45, liberals, moderates, men and—perhaps most cutting for Clinton—women.