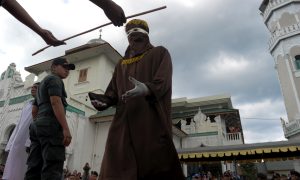 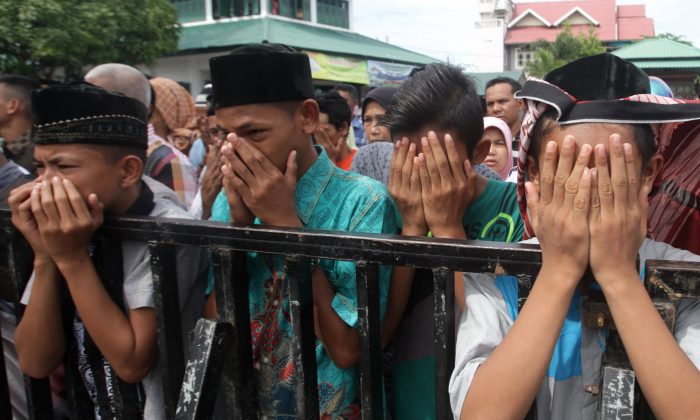 An elderly Christian woman was whipped 30 times in public with a rattan cane for selling alcohol, which is forbidden under sharia law, in Indonesia.

It was the first time a non-Muslim was punished for breaking the religious laws, Channel News Asia reports.

The whipping, which took place on Tuesday, April 12, 2016, occurred in in the conservative Aceh province, the only area of the country to apply sharia law.

A bylaw took into effect that allowed sharia law to apply to non-Muslims.

The woman was punished alongside a couple who committed adultery, who received 100 lashes.

Rattan is a turgid palm leaf that is often used to make furniture, such as chairs, and the punishment is painful enough for some participants to physically collapse.

The central government in Indonesia granted Aceh the right to implement sharia law in 2001, as part of efforts to quell the radical separatists in the region.

Last year, a bylaw took into effect that allowed sharia law to apply to non-Muslims as well.

Canings have become more frequently after Aceh struck a peace deal with the central government, and crowds turn out in the hundreds for the public spectacles, AFP reports.

Unmarried people socializing with the opposite sex could face up to 9 lashes, gamblers 12 lashes, and those kissing in public, 45 lashes.