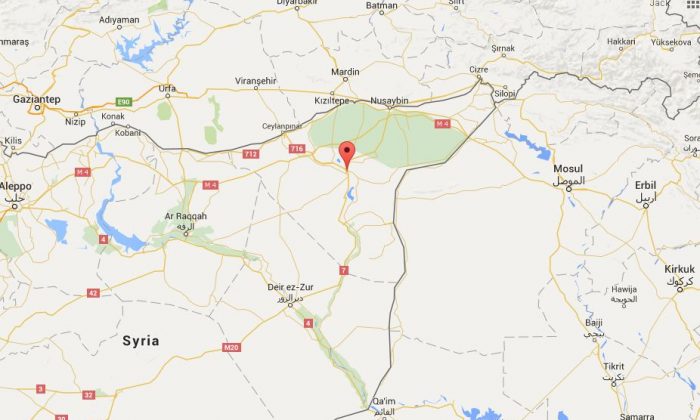 Christian Female Fighters Are Taking on ISIS in Syria

A report out of Hasakeh Province, Syria, says that there’s a all-female Christian militia fighting against the Islamic State group.

These are the Christian women who have taken up arms to fight ISIS https://t.co/Tojr31dhRk pic.twitter.com/DyPtV7rnTC

Small but determined group of Christian women take up arms against #ISIS in #Syria: https://t.co/dHdrh0h0t4 pic.twitter.com/hkOjEo5Mds

“I miss Limar and Gabriella and worry that they must be hungry, thirsty and cold. But I try to tell them I’m fighting to protect their future,” one of the fighters, named Babylonia, told AFP, referring to her children.

The 36-year-old woman is from the Syriac Christian minority in the northeastern part of Syria. The militia she belongs to was recently created. They are following in the footsteps of other female fighting militias in the area battling ISIS, including the Kurdish YPJ.

Babylonia and her fellow militia members graduated from a camp in the town of Al-Qahtaniyeh, known as Kabre Hyore in Syriac, and Tirbespi in Kurdish, AFP reported.

Her husband, who is also a fighter, encouraged her to take up arms.

“I’m a practicing Christian and thinking about my children makes me stronger and more determined in my fight against Daesh,” she said, using an Arabic term for ISIS

Small but determined group of Christian women take up arms against #ISIS in #Syria: https://t.co/dHdrh0h0t4 pic.twitter.com/SyJf81uwFN

“I fight with a Kalashnikov, but I’m not ready to become an elite sniper yet,” she said. Her sister also joined against the wishes of their mother.

“We are a community that is oppressed by others,” said 18-year-old Ithraa, who joined four months ago. She added that the community hoped to prevent “a new massacre like that committed by the Ottomans… when they tried to erase our Christian and Syriac identity,” referring to killings said to be carried out by the Ottoman Empire during World War I.

The photos were filmed in a part of northern Syria that was recaptured by Kurdish fighters, The Independent reported.

Numerous Yazidi women were abducted by ISIS and have been sold as a slaves and have been raped. The Yazidi have a montheistic religion that incorporates Zoroastrianism, Christianity, and Islam, but it is considered heretical by ISIS.